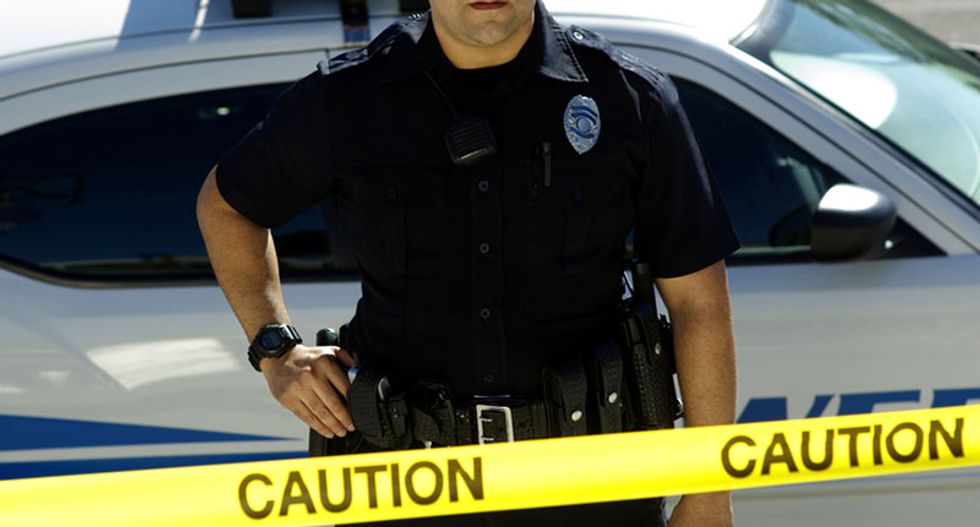 The US Department of Justice and embattled mayor Rahm Emanuel are under mounting pressure to investigate allegations of what one politician called “CIA or Gestapo tactics” at a secretive Chicago police facility exposed by the Guardian.

Politicians and civil-rights groups across the US expressed shock upon hearing descriptions of off-the-books interrogation at Homan Square, the Chicago warehouse that multiple lawyers and one shackled-up protester likened to a US counter-terrorist black site in a Guardian investigation published this week .

Related: Held for hours at secret Chicago 'black site': 'You're a hostage. It's kidnapping'

As a second person came forward to the Guardian detailing her own story of being “held hostage” inside Homan Square without access to an attorney or an official public record of her detention by Chicago police, officials and activists said the allegations merited further inquiry and risked aggravating wounds over community policing and race that have reached as high as the White House.

Caught in the swirl of questions around the complex – still active on Wednesday – was Emanuel, the former chief of staff to Barack Obama who is suddenly facing a mayoral runoff election after failing to win a majority in a contest that has seen debate over police tactics take a central role.

Emanuel’s office refused multiple requests for comment from the Guardian on Wednesday, referring a reporter to an unspecific denial from the Chicago police.

But Luis Gutiérrez, the influential Illinois congressman whose shifting support for Emanuel was expected to secure Tuesday’s election, joined a chorus of colleagues in asking for more information about Homan Square.

“I had not heard about the story until I read about it in the Guardian,” Gutiérrez said late Wednesday. “I want to get more information, but if the allegations are true, it sounds outrageous.”

Congressman Danny Davis, a Democrat who represents the Chicago west-side neighbourhood where Homan Square is located, said he was “terribly saddened” to hear of the allegations. Davis said he “would certainly strongly support an investigation” by the US Department of Justice, as two former senior justice department civil-rights officials urged the department on Wednesday to launch .

Earlier in the day, as a county commissioner urged the top law-enforcement investigators in the country to do the same, another reporter and photographer waited to accompany him on a visit outside the premises of Homan Square.

A man, in a jumpsuit and a ski mask, pulled out of the Homan Square parking lot in an SUV and made multiple circles before coming to a stop.

“You can take a picture,” said the man, who refused to give his name and then offered what he considered a joke: “We are all CIA, right?”

Outside the red-brick Homan Square compound on Wednesday, a young mother ushered her two children to the sidewalk on West Fillmore Avenue. “I am at the police station,” she yelled into her phone, over traffic noise. “Can I call you back?”

The woman held her children close, shivering against the wind as plain-clothes officers and pedestrians scurried across the busy four-way intersection.

Until this week, the Cook County commissioner Richard Boykin only knew of the warehouse next-door – like the mother – as a police facility in a struggling Chicago neighbourhood.

“I hadn’t heard of the sort of CIA or Gestapo tactics that were mentioned in the Guardian article until it was brought to my attention,” Boykin said in an interview outside Homan Square. “And we are calling for the Department of Justice to open an investigation into these allegations.”

The Guardian reported on Tuesday that police in Chicago detain suspects at Homan Square without booking them, thereby preventing their relatives and lawyers from knowing their whereabouts, reminiscent in the eyes of some lawyers and civil-rights activists of a CIA black site.

While people are held at Homan Square, which lawyers described as a process that often lasted between 12 and 24 hours, several attorneys said they had been refused access to the facility, and described entrance to it as a rare occurrence. One man interviewed by the Guardian said that ahead of a Nato protest in 2012, he was handcuffed to a bar behind bench for 17 hours inside Homan Square and refused a phone call before police finally permitted him to see his attorney.

In an interview Wednesday, another Nato protester, Vic Suter, offered a similar account of close shackling and an estimated 18 hours without access to an attorney .

“You are just kind of held hostage,” Suter told the Guardian. “The inability to see a lawyer is a drastic departure from what we consider our constitutional rights. Not being able to have that phone call, the lack of booking, makes it so that when you’re there, you understand that no one knows where you are.”

Boykin, the county commissioner, looked up at the warehouse and said that a potential US justice department investigation would be “an extension of reform – making sure people’s basic rights are not violated but that they have opportunity to council”.

“It’s one thing to quell demonstration and protests,” Boykin said, “but it’s another thing to use antiquated Gestapo tactics that are more commonly found in parts of the underdeveloped world or in places like China or Russia.”

Obama’s task force on improving police relations in the wake of the shooting of the unarmed teenager Michael Brown six months ago in Ferguson, Missouri, was expected to release its first set of recommendations on community policing as soon as Monday. The third anniversary of the killing of unarmed teenager teenager Trayvon Martin is Thursday, two days after a Department of Justice civil-rights investigation brought no charges against George Zimmerman , the neighbourhood watchman who shot him dead.

‘I thought we were making progress’

Scott Waguespack, the alderman of Chicago’s 32nd ward, said he, too, was unaware of potential abuses at the Homan Square warehouse until he read the Guardian’s investigation this week . During the 2012 Nato summit, he said, Chicago police officials told local politicians that arrestees would end up bussed to the department’s Belmont district precinct on the city’s West Side, and not Homan. “That’s where we assumed they went,” he told a third Guardian reporter.

Waguespack claimed meaningful police reform has stalled under Emanuel, citing the mayor’s failure to pass a city ordinance designed to enforce more oversight to the controversial police oversight board, as well as inconsistencies in crime statistics.

The alderman said the “best thing” that the “next mayor” of Chicago could do about the Homan Square allegations was bring in federal investigators: “Then the civil rights division of the justice department can say: ‘Here’s how we scrutinized it’.”

The Guardian sent a list of detailed questions about Homan Square to Emanuel’s office on Wednesday. A spokesman for the mayor referred a fourth reporter to a Chicago police department statement issued to multiple media outlets on Tuesday, and declined to return multiple calls seeking clarification.

“If lawyers have a client detained at Homan Square, just like any other facility, they are allowed to speak to and visit them,” the statement reads, without elaborating on when those meetings take place. “There are always records of anyone who is arrested by CPD, and this is not any different at Homan Square,” the statement continues, without addressing specifics as to how or when those records are logged.

Amnesty International USA has called for the mayor to open his own “independent and impartial investigation” into the Homan Square facility, with the human-rights group requesting “unrestricted access” to the site.

In a letter to Emanuel, Amnesty USA’s executive director Steven Hawkins wrote: “As the mayor of Chicago, you have a responsibility under US and international law to ensure that human rights violations are not committed within the city.”

The group lobbied Emanuel during the mayoral campaign to commit to a program of reparations for victims of abuse between 1972 and 1991 at the hands Jon Burge, the notorious former Chicago police commander who was released from home custody this month .

Emanuel has not made a financial commitment to reparations but has promised a route to “closure” for the surviving victims .

“It is his responsibility as the mayor of Chicago, as a public figure to make sure that his city is complying with international law,” Amnesty USA’s senior campaigner, Jasmine Heiss, told the Guardian. “Because without a clear commitment to addressing things like police torture, it gives torturers the go ahead to continue to undermine the rule of law and ignore international guidelines.”

A representative for the Chicago branch of the American Civil Liberties Union said the group was gathering facts about Homan Square as well.

Jesús “Chuy” Garcia, the county commissioner challenging Emanuel in an April runoff vote that local political watchers warned could become a national “free-for-all” , did not respond to multiple requests for comment after a separate Guardian interview on Monday. But his colleague, Boykin, said the mayor had an obligation to find more answers. “Fifty-plus percent of the people voted against the mayor yesterday,” Boykin said outside Homan Square. “I think the mayor has a problem.”

Davis, the US congressman whose west-side offices were located near Homan Square for 15 years, said the activities alleged at Homan Square potentially “undermined and torn up” efforts to promote police as “positive role models”.

“One of the things that for many years some of us, people like myself, have been working on [is] to try and help foster a different sense of what law enforcement ought to be among people and especially young people as they are growing up,” Davis said.

Karl Brinson, president of the Chicago Westside Branch of the National Association for the Advancement of Colored People, said the NAACP was attempting “to find out what’s going on” at Homan Square.

“We knew the facility was there, but we didn’t know what all it encompassed exactly and what was taking place there,” he told the Guardian. “You’re never going to build trust with anybody or get any kind of community relationships going on while doing this.”

The justice department declined to comment to the Guardian on Wednesday.

(The spouse of Guardian US national security editor Spencer Ackerman works in the press office of Amnesty International USA. Ackerman was not involved with the group in any reporting for this article.)

'He knows he lost': Trump flattened by Georgia's Raffensperger before rally

With former president Donald Trump headed to Perry, Georgia for yet another post-presidential rally on Saturday night, Republican Secretary of State Brad Raffensperger drew a line in the sand on Friday by saying any claims of election fraud, sure to be made at the rally, are entirely bogus and that Trump knows it.

The day after the results of the Maricopa County, Arizona audit were released showing that Trump did not win the state, the ex-president is taking his act on the road, ostensibly to promote the U.S. Senate run of Herschel Walker, but will likely end up turning into more attacks on election results in multiple states including Georgia.