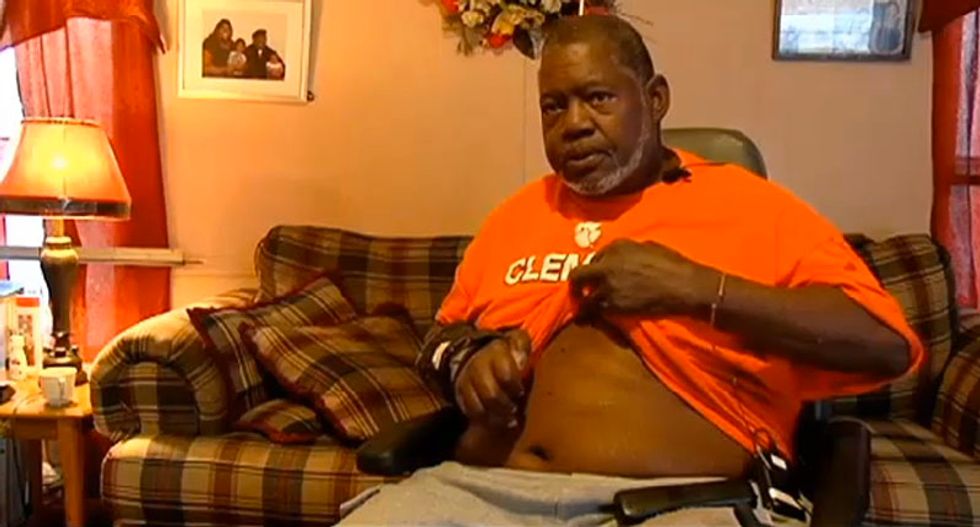 A South Carolina deputy is out of a job after using a Taser on a wheelchair-bound 65-year-old man while attempting to arrest his son, reports Fox Carolina.

Pickens County Deputy Steven Ticknor was fired by Sheriff Rick Clark who said the deputy needlessly used his Taser on Parker Mansell Jr. in his home while serving an arrest warrant.

Police and sheriff's deputies were dispatched to the Mansell home, looking to take 25-year-old Travis Mansell into custody on multiple bench warrants.

Deputies entered the home and attempted to arrest the younger Mansell who reportedly said he wouldn't return to jail, telling them they would "have to kill him." During the 15 to 20 minutes the officers spent speaking with Mansell, his father positioned himself in his wheelchair between the deputies and his son.

After one deputy used a Taser on the younger Mansell, Ticknor used his on the father, later claiming he needed to deploy it to prevent him from further interfering with the arrest of his son.

Following an investigation, Clark said it was determined using the stun gun on Travis Mansell was appropriate considering the circumstances, but using it on his father was contrary to Pickens County use of force policy.

Ticknor was fired on Wednesday.

Travis Mansell was charged with three bench warrants, possession of cocaine second offense, and resisting arrest, and is currently out on bail.

Watch the video below from Fox Carolina: