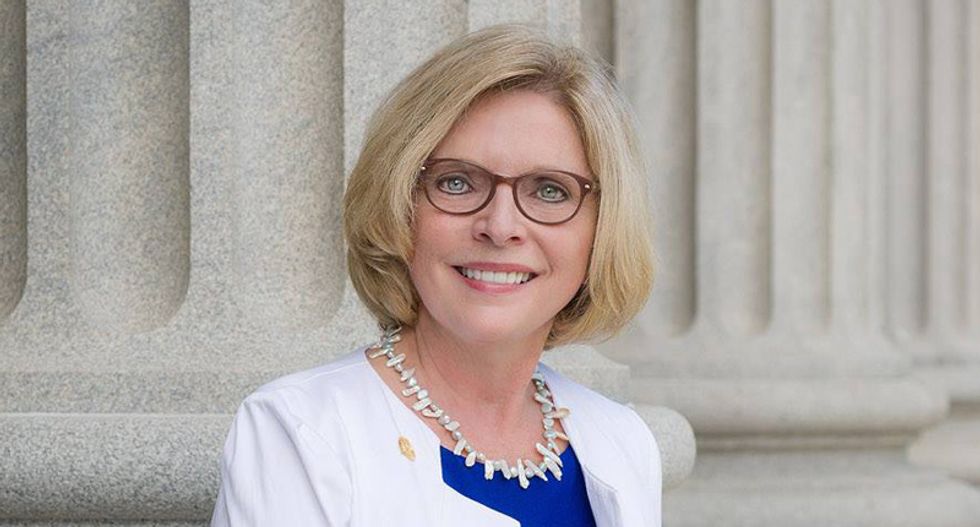 Responding to a South Carolina lawmaker's joking reference to women as a "lesser cut of meat,"  a female colleague called him out on Facebook, saying he was an "idiot."

According to The State, state Sen. Katrina Shealy was having dinner with colleagues  Tuesday night when a plate of ribs was delivered to the table causing fellow lawmaker Sen. Tom Corbin, to claim "they remind me of an old joke."  Corbin proceeded to call  women a "lesser cut of meat," presumably in reference to the Biblical tale of God making Eve from Adam's rib.

According to Shealy -- who is the only female state senator in South Carolina -- Corbin went on to to say he "got her wearing shoes," referring to women being barefoot and pregnant.

Shealy recounted that she told Corbin, “You’ve pushed me far enough. I worked three times harder than you did to get here. I deserve respect, and I’m going to get it.”

On her Facebook page, Shealy called Corbin an "idiot," writing, "I have proven that women can effectively serve in the Legislature, and one of my colleagues has proven capable of talking like an idiot."

Shealy said that this isn't the first time Corbin, who sits next to her in the Senate chambers, has made sexist comments and that she has told him to stop.

Corbin defended the joke at the restaurant saying, "We were all joking and laughing. We cut up together."

After Shealy went public with her complaints, Corbin noted that she had previously teased him about being overweight and bald, but said, "If it bothers her, I'll quit joking around with her."

Corbin also said the dispute has its roots in a  disagreement the two had over a domestic violence bill being considered in the statehouse.

"She stuck a knife in my back because we're at odds over this bill," he said, adding she's "trying to make me out to be a woman-hater."

Queen Elizabeth II faces the twilight of her record-breaking reign without her most trusted adviser and personal confidant -- husband Prince Philip.

But his death last week aged 99 is not expected to change the monarch's lifetime commitment to duty, as a new chapter beckons for Britain's most famous family.