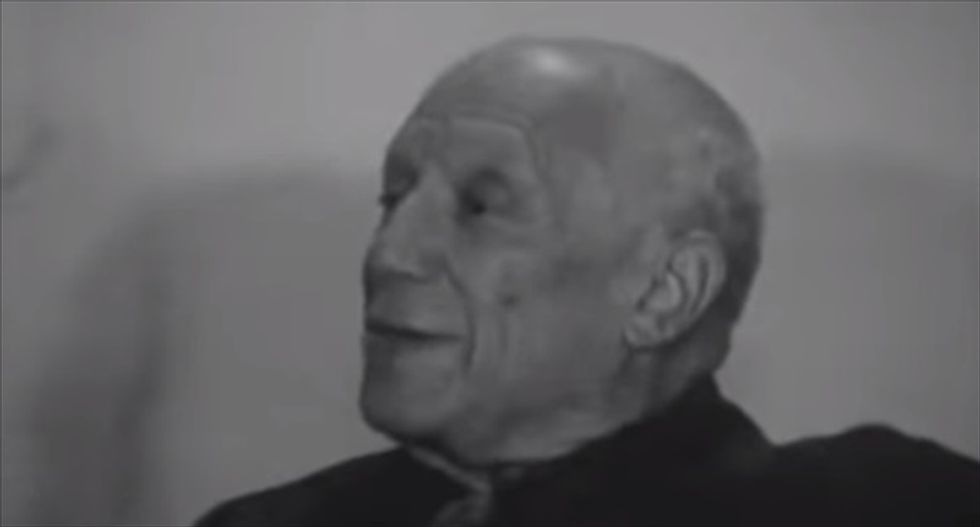 A Picasso painting, snatched more than a decade ago from a storeroom in Paris, has surfaced in New York and will be returned to the French government, U.S. officials said Thursday.

The century-old Cubist oil was smuggled into the United States last December from Belgium with a shipping label that described the contents as a handicraft holiday present worth 30 euros ($37).

The painting, known as La Coiffeuse or The Hairdresser, is estimated to be worth millions of dollars, U.S. prosecutors said.

It was intercepted by U.S. customs and subsequently seized by Homeland Security Investigations.

"A lost treasure has been found," said Loretta Lynch, attorney for the eastern district of New York.

"Because of the blatant smuggling in this case, this painting is now subject to forfeiture to the United States. Forfeiture of the painting will extract it from the grasp of the black market in stolen art so that it can be returned to its rightful owner," added Lynch, who is also the U.S. Attorney General nominee.

Painted in 1911, the oil-on-canvas measures 33 by 46 centimeters (13 by 18 inches) and is part of the Musee National d'Art Moderne collection in Paris.

It was last exhibited publicly in Munich, Germany, where it was on loan to the Kunsthalle der Hypo-Kulturstiftung.

It was then returned to Paris and placed in the storerooms of the Centre George Pompidou. Officials only realized it was missing when a loan request came through in 2001 and they could not find it.