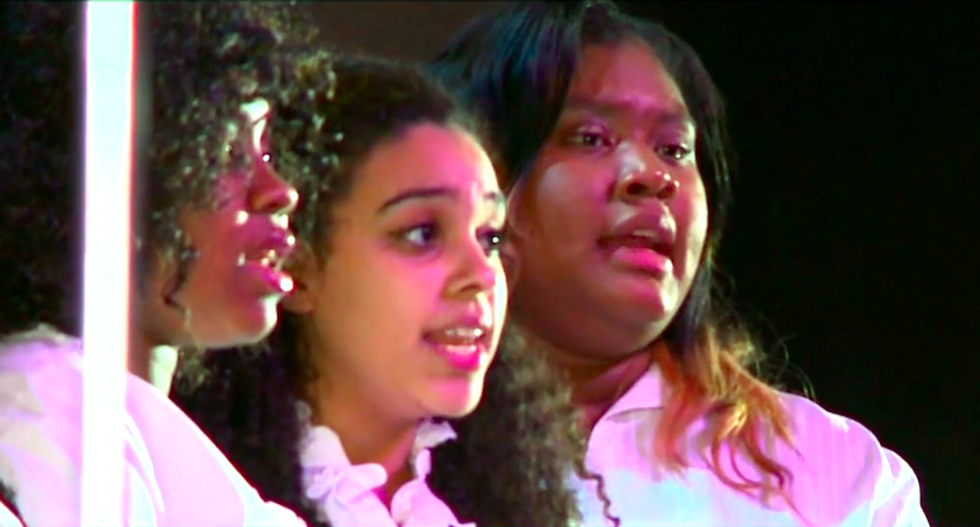 Students in Minnesota are protesting the decision by school officials to censor the N-word from their performance of “Ragtime.”

They circulated a petition that garnered nearly 540 signatures asking to keep the racial slur in the musical as it was scripted, saying that St. Louis Park High School administrators had sanitized the play’s historical context, reported KARE-TV.

"The omission of the words, in our opinion, is offensive, insulting and completely whitewashed the content of the show," a cast member read in a statement before Thursday’s performance.

The students said they felt strongly that the racial slur helped to highlight the lesson of the musical, which is set in 1906.

"The statement of the show is that racial prejudice was a problem back then, and it's easy to relate that today as well it is a way for us as a society now to learn from those mistakes back then," Ethan Fogel, who plays a Jewish immigrant in the production.

During rehearsals, students usually substituted the word “boy” for the N-word, which is used numerous times during the script, but decided the racial slur was only truly necessary three times for historical context.

Students said school officials decided to censor the dialogue after they rehearsed the play as written in the script.

"I think by omitting the N-word from the show is diminishing the point of the show," said Amira Warren-Yearby, a black student who performs in the show. "A lot of us were more offended we weren't using the word, you can't halfway recreate history."

Assistant Principal Kari Schwietering said administrators were concerned the racial slur would offend a family audience, and she said students didn’t voice their concerns until two days before opening night.

That didn’t give school staff enough time to warn audiences about the dialogue, the assistant principal said.

"I am proud of them and I applaud them for having the voice and being brave to say, ‘I question this,’" Schwietering said.

She hopes students feel that administrators listened to their concerns.

"We really pride ourselves on being an equitable diverse school so we need to be able to look at it, and we have a gift really that we have multiple perspectives here within our building, so that's important for us," Schwietering said.

Fogel said students were disappointed in the decision, but he agreed school officials were open to their concerns.

"Either way it's a fantastic opportunity to discuss racial prejudice and racial tension in the world," he said.