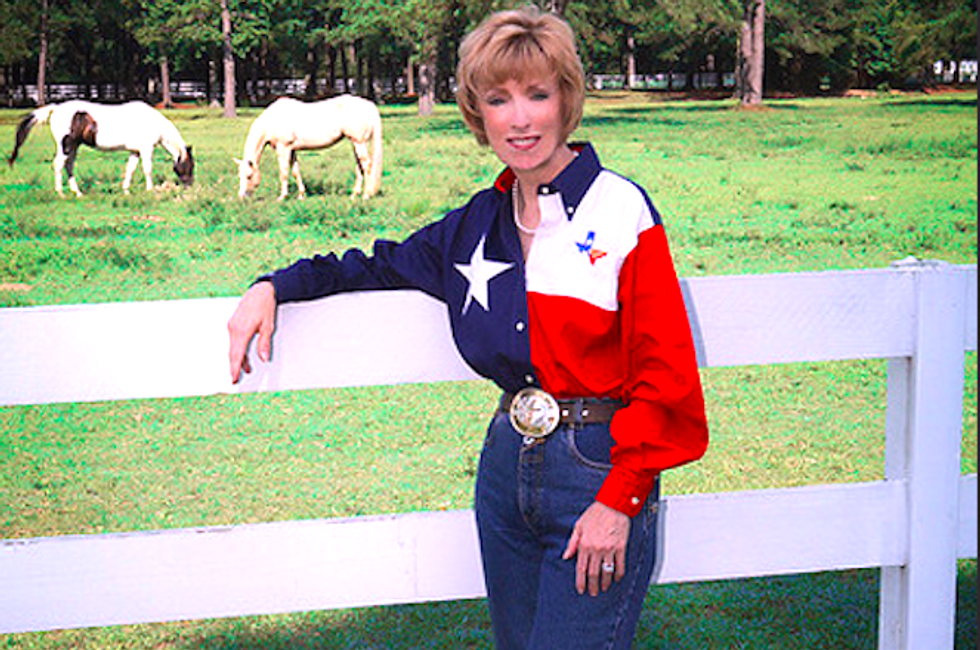 A Republican Texas legislator has proposed two bills that would legalize discrimination against trans people in the state. One bill would impose criminal charges on transgender people for using restroom facilities of their expressed gender. The second bill will punish any business that allows trans people to do so.

Zack Ford at Think Progress reported that Texas State Rep. Debbie Riddle (R) wants to impose fines and jail time for any person who “enters a public restroom that is designated by a sign for members of the opposite sex of the actor” in Texas House Bill 1747.

Under Riddle's second bill, H.B. 1748, businesses will face harsh penalties for not forcing trans patrons to use facilities corresponding to their birth gender.

On her Facebook page, Riddle told the public that she's "rolling up the sleeves of my new red dress & getting to work. I have several bills I think you may like. One will protect women & children from going into a ladies restroom & finding a man who feels like he is a woman that day."

Riddle's two bills differ in their definitions of gender. The bill aimed at fining and imprisoning trans people (H.B. 1747) says Texans must use the restrooms designated for the gender listed on their driver's license. However, the bill targeting businesses defines gender as that which is “established at the individual’s birth” or “established by the individual’s chromosomes.”

Some trans people in Texas can obtain accurate gender designations on their driver's licenses if they can find an amenable judge. However, the bill makes no provisions for trans youth who aren't old enough to drive.

H.B. 1748 would make it a Class A misdemeanor for any individual over the age of 13 to "enter a locker room, shower facility, or toilet facility that is designated for use by persons of a gender that is not the same gender as the individual’s gender.” In Texas, Ford noted, Class A misdemeanors are punishable with fines up to $4,000 and jail time up to a year.

Furthermore, Ford wrote, "The bill also targets any 'operator, manager, superintendent, or other person with authority over a building,' stipulating that they may not allow anyone to enter a locker room, shower facility, or toilet facility that does not match their gender."

Similar measure have been proposed in other states, including Arizona and Kentucky, where one Republican legislator proposed a $2,500 bounty on every trans person caught using the "wrong" restroom.