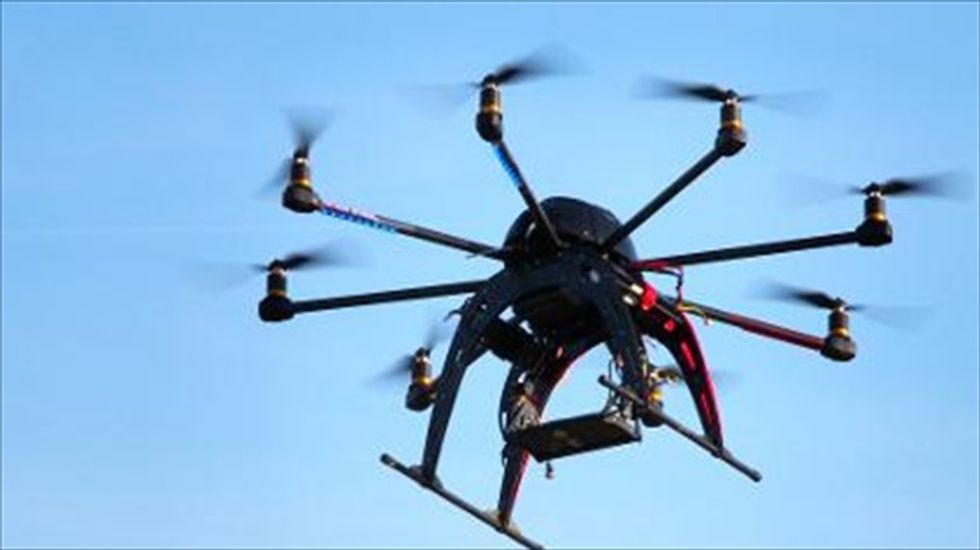 Three journalists for TV station Al-Jazeera were arrested in Paris on Wednesday after flying a drone from a park on the edge of the city, a judicial source said.

"The first was piloting the drone, the second was filming and the third was watching," said the source.

The arrests come after multiple drone sightings over the capital for the past two nights, although there was no immediate suggestion that the arrested journalists were linked to the earlier incidents.

The trio were apprehended in the Bois de Boulogne, a park on the western edge of the city.

Flying drones over the French capital is banned by law, and the latest sightings come at a time of heightened vigilance following last month's jihadist attacks.

The names and nationalities of the three journalists from Al-Jazeera's international service were not given. They are aged 34, 52 and 68.

A police source said witnesses and security forces reported at least five sightings overnight Tuesday to Wednesday over central Paris -- that may have been the same drone or several.

The tiny aircraft were spotted near the US embassy, not far from the Invalides military museum, the Eiffel Tower and several major thoroughfares leading in and out of the French capital, the source added.

Authorities have been left scratching their heads as they remain unable to catch any of the operators or determine whether the flyovers are the work of pranksters, tourists or something more malicious.

There were five separate drone flights over parts of Paris the previous night.

"People should not be worried but vigilant, it's an issue which is taken very seriously," government spokesman Stephane Le Foll told reporters, adding that a probe was under way to find the operators.

He said drone flyovers had taken place in other countries such as Germany, where a small unmanned aircraft operated by activists denouncing police surveillance landed just metres away from Chancellor Angela Merkel during a 2013 campaign event.

And last month in Washington, a small drone crash-landed on the grounds of the White House, prompting a security lockdown.

The sightings continued into November, and altogether some 20 flyovers took place over nuclear plants. Their operators were never found.

In October, a 24-year-old Israeli tourist spent a night in jail and was slapped with a 400-euro ($450) fine for flying a drone above the Notre Dame cathedral.

Then on January 20, a pilotless aircraft briefly went over the presidential palace in Paris, not long after jihadist attacks in and around the French capital that left 17 people dead and put the country on high alert.

In late January, small drones were also spotted near a bay in Brittany that houses four nuclear submarines -- one of the most protected sites in the country.

With many more police and troops out on the streets of Paris following the shootings, drone sightings may be more likely.

"Many sensitive sites are protected and from now on we are asking law enforcement to have an eye on the sky as well," said a police source.

French law prohibits small civilian drones from sensitive areas such as nuclear facilities, which are protected by a no-fly zone that spans a 2.5-kilometre (1.6-mile) radius and a height of 1,000 metres.

Faced with the difficulty of intercepting drones and their operators, France has launched a one-million-euro programme aimed at developing ways of dealing with them.