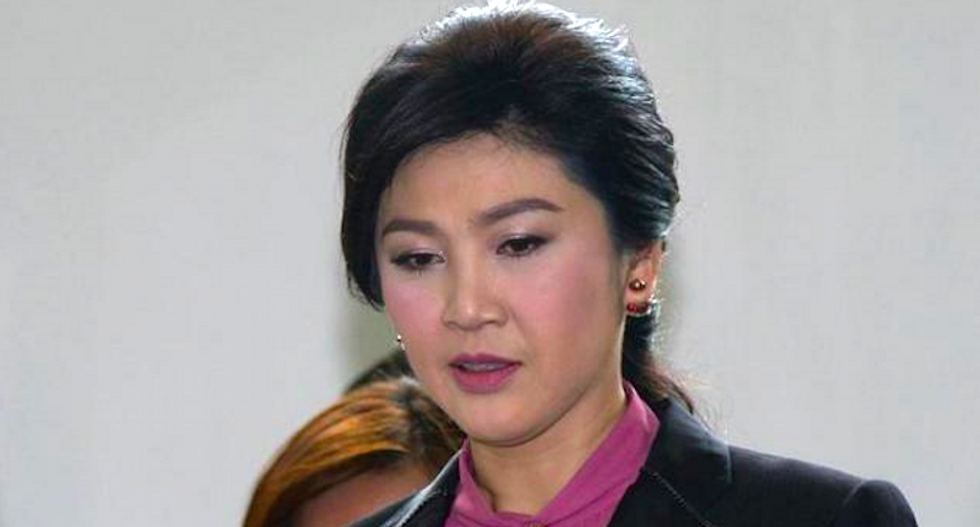 Thailand's junta chief Thursday said the military is keeping such a close eye on ousted Prime Minister Yingluck Shinawatra that she would be unable to eat a bowl of noodles without their permission.

Prime Minister Prayut Chan-O-Cha, a former army general, was justifying the decision to have soldiers search a convoy taking Yingluck to a ceremony for her ancestors in her northern hometown of Chiangmai earlier in the week.

The following day she was pictured eating noodles in the town, a political stronghold of her wealthy but wildly divisive family.

"If she wants to go to eat noodles then she can go but if we prohibit her then she cannot go," Prayut told reporters Thursday, indicating the military would continue to monitor her movements.

He said the military's decision to halt Yingluck's convoy was part of providing security for the former premier at a turbulent time.

Prayut has built a reputation for his off-the-cuff remarks and eccentric metaphors since seizing power in a coup last May.

She was retroactively impeached last month by the country's military-appointed parliament over the populist program, which funneled cash to her rural base but cost billions of dollars.

The impeachment brought an automatic five year ban from politics. Prosecutors also said she would face separate criminal corruption charges over the scheme, a move that could see her jailed for up to ten years.

Experts say the impeachment and criminal charges are the latest attempt by the country's royalist elite, and its army backers, to nullify the political influence of the Shinawatras, whose parties have won every election since 2001.

The clan draws the loyalty of urban working-class voters and farmers from the country's north and northeast, who applaud the Shinawatras for recognizing their changing social and economic aspirations.

The junta says it will hold fresh elections in early 2016 once reforms to tackle corruption and curb the power of political parties are codified in a new constitution.