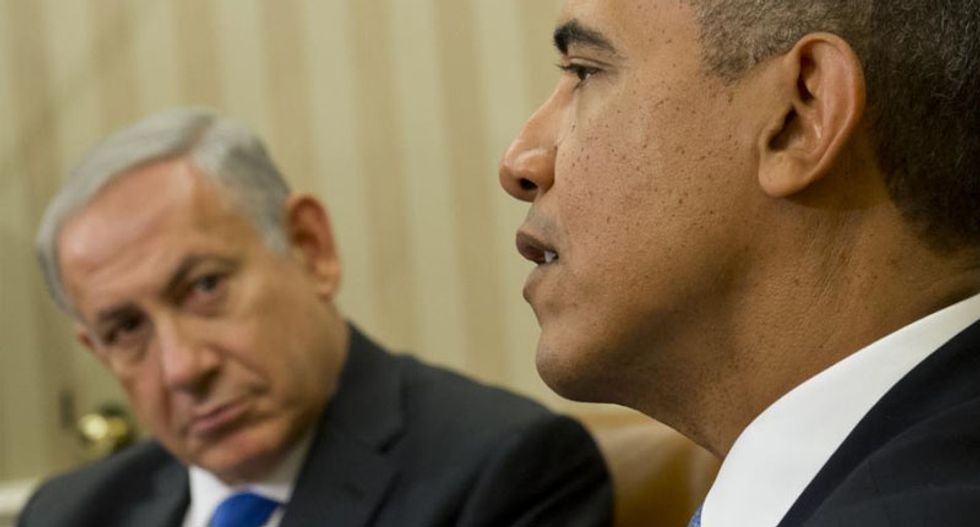 Israel has actively opposed a US-Iran nuclear deal, prompting one in a series of spats between President Barack Obama's administration and that of Prime Minister Benjamin Netanyahu (AFP Photo/Saul Loeb)

The White House on Wednesday denied keeping Israel in the dark over ongoing nuclear negotiations with Iran, but suggested its ally had cherry-picked information to bolster opposition to the deal.

Amid strains in the US-Israeli relationship over negotiations to reach a landmark nuclear agreement with Iran, White House spokesman Josh Earnest rejected suggestions Israel was being frozen out.

"There were some initial reports that indicated that the United States is no longer communicating with our allies in Israel about the ongoing negotiations with Iran," said Earnest.

"That obviously is false," he added.

Earnest detailed a range of recent and planned meetings between Israeli intelligence and security bosses and the White House to show talks were ongoing.

But Earnest said the United States did not want to negotiate publicly, adding that Israel had previously misled the public about the US position in the talks.

"There is a continued practice of cherry-picking specific pieces of information and using them out of context to distort the negotiating position of the United States," he said.

The Iran nuclear talks are approaching a make-or-break point, with negotiators trying to reach a broad deal before March 31.

The deal could thaw more than three decades of animosity between Washington and Tehran and remake the Middle East.

Israel has actively opposed the deal, prompting one in a series of spats between President Barack Obama's administration and that of Prime Minister Benjamin Netanyahu.

Obama has refused to meet Netanyahu during his Washington trip next month, saying diplomatic protocol forbids him from doing so, since the Israeli leader is running for re-election on March 17.

The two leaders have had a famously frosty relationship.