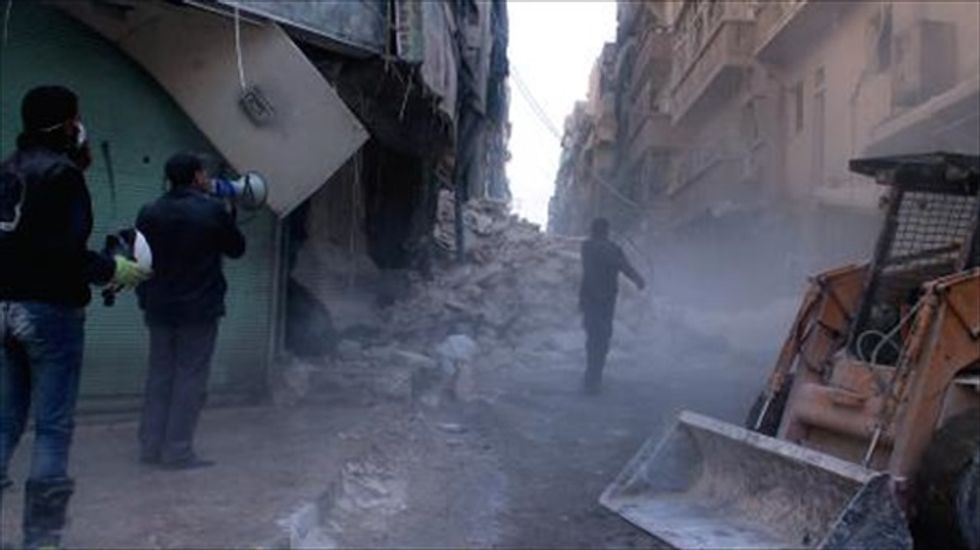 A digger arrives to remove the rubble following an airstrike in the northern Syrian city of Aleppo on Dec. 24, 2013 (AFP)

US-led air strikes against the Islamic State group in Syria have killed more than 1,600 people, mainly jihadists, since they began five months ago, a monitor said on Monday.

The Syrian Observatory for Human Rights said almost all of those killed were jihadists from IS and Al-Qaeda's Syrian affiliate Al-Nusra Front, though it also documented the deaths of 62 civilians.

The Britain-based monitor said the strikes that began on September 23 had killed 1,465 members of the Islamic State group, most of them non-Syrians.

Another 73 fighters from Al-Nusra Front were killed, along with a man from a rebel group being held prisoner by IS in the group's de facto capital Raqa.

Washington and a small coalition of Arab countries began strikes against IS in Syria last year, expanding US-led operations with a broader coalition already underway against IS in Iraq.

IS emerged in Syria in 2013, growing from Al-Qaeda's former Iraqi affiliate.

But it broke with Al-Qaeda and declared an Islamic "caliphate" in territory it controls in Syria and Iraq, attracting a steady stream of foreign fighters and carrying out abuses including beheadings.