'Wake up!' North Dakota Republicans freak out after Muslim invited to pray at statehouse 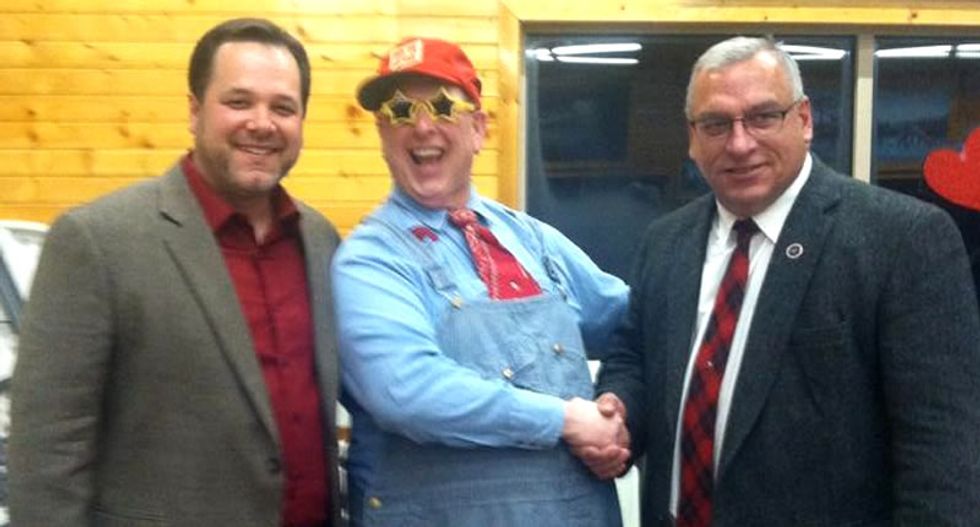 A group of Republicans in North Dakota's 24th District is panicking after learning that state House and Senate sessions will be opened by a benediction by a leader of the local Muslim community.

In a Facebook post, the spokesman for the group "North Dakota District 24 Republicans," Dan Johnston, asked whether local citizens know "that Dr.Nadim Koleilat, the leader of the Bismarck Muslim Community House will be opening the ND house session in prayer on the 18 Feb. and the senate session on the 25 Feb.?"

"Let's face it, the very enemy our country has been perpetually at war with since Sept.11, 2001 uses the words of the Koran and the example of their founding Prophet Muhammad as justification for the slaughter of infidels (Christians, anybody not Muslim) the world over," Johnston continued.

"I respect people of other religious and ethnic backgrounds, but given the current situation in world affairs I view this as political correctness at its worst," Johnston added, before asking, "does this amount to the worst form of political correctness? What do you think?"

One of his respondents, Mary Runck Nicholas, noted that the city of "Fargo has seen a huge influx of Muslims since Obama took office. Why do you think that is? They're not working on the oil rigs, that's for sure. They're working in the malls, supermarkets, manufacturing companies, convenience stores. WHY are they here? It isn't because of the weather."

"Wake up!" Nicholas added. "We will be at war in our own country with a vicious, merciless enemy allowed to slowly slide in under the guise of 'diversity.'"

The group's tactics were at least partially effective, as Dr. Koleilat's benediction in the House was cancelled. However, as Johnston noted in a more recent post, he is still scheduled to offer a prayer before the opening of the state Senate on February 25th.

In that update, Johnston implored readers to "[p]lease call and email your legislators and let them know your opinion."