WATCH: Mike Huckabee and a passel of pastors star in hilariously over-dramatic trailer for anti-gay film 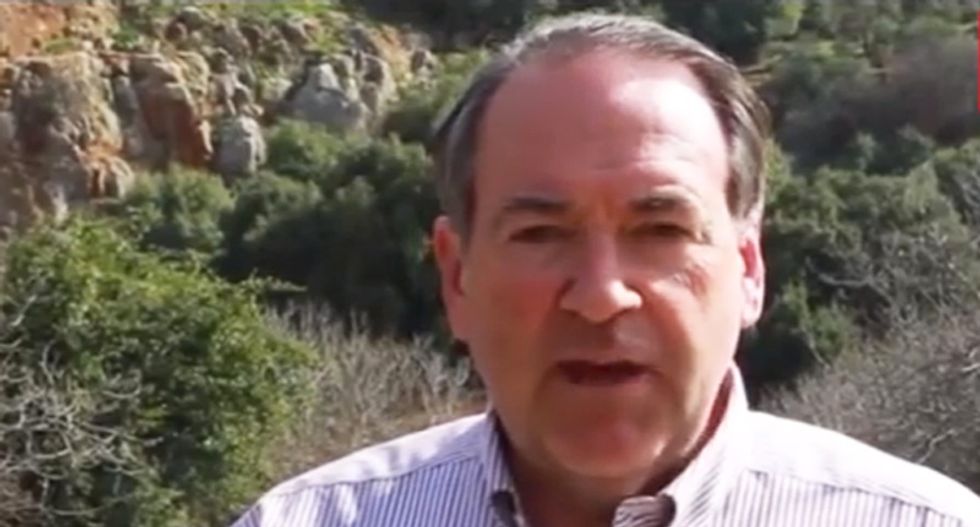 In preparation for the upcoming National Religious Broadcaster's Convention in Nashville at the end of this month, a former Christian broadcaster-turned-documentarian has released an overly dramatic trailer for her upcoming film containing dire warnings from politicians -- including former Arkansas governor Mike Huckabee -- and a who's who of evangelical leaders worried about the "gay agenda."

The clip, provided by Right Wing Watch, promotes the upcoming film: 'Light Wins: How To Overcome The Criminalization Of Christianity.'

According to filmmaker Janet Porter -- who can be seen in the trailer walking through darkened woods carrying a lantern -- participants in the film describe the horrors to come with the possible legalization of same sex marriage.  Interviewees include Iowa Rep. Steve King,  Arizona Rep. Trent Franks, Texas Rep. Louie Gohmert, Kansas Rep. Tim Huelskamp, as well as possible 2016 GOP presidential nominees Sen. Rand Paul, and Huckabee.

With ominous music playing in the background, participants warn that the 1st Amendment will be destroyed with the advent of gay marriage, because they will not be allowed to speak out against the gay "agenda" or "lifestyle."

One participant wonders why schools are allowing Gay-Straight Alliance clubs, saying, "Are there any other clubs in high school, or junior high school, which are focused around sex?"

Michigan lawmaker Gary Glenn worries about students being told, "It's okay to be gay."

"If some young person at school hears 'It's okay to be gay,'" he states, "and then comes down with a fatal disease as a result, school officials should be held legally liable."