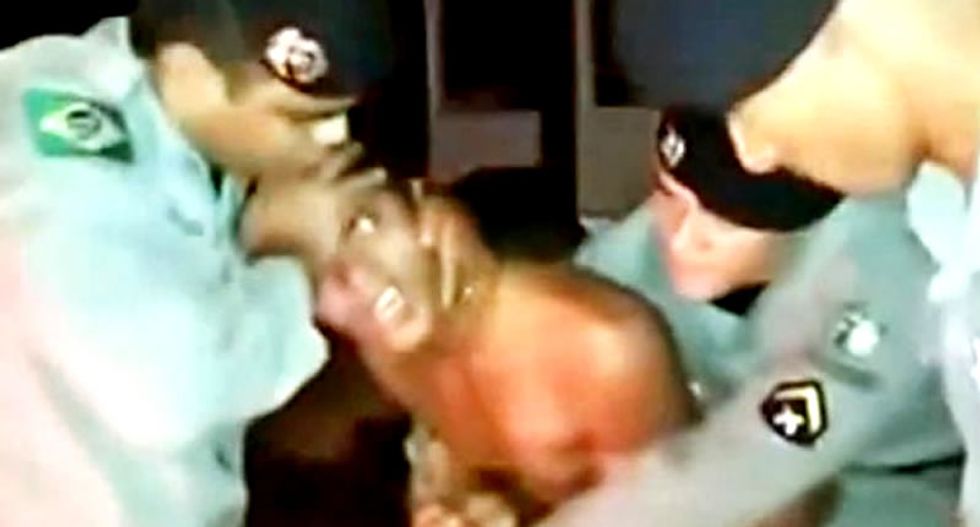 Police in Goianira, Brazil were captured on camera performing an exorcism on a drunken man who had been verbally abusing people on the street, The Mirror reports.

According to Paulo Cortez, who recorded the video available below, officer Ricardo Mendes approached Rodrigo Betti, grabbed him by the head and began speaking in Latin.

Two other officers restrained Betti while Cortez shouted, "Unleash his body, Jesus! Out in the name of Jesus!"

"I suddenly realized he was doing an exorcism," Cortez said. "It was incredible."

In the video, the officers can be seen taking Betti to the ground while he writhes and screams. Witness Cortez said that "it really looked like he was possessed, but the policeman was doing a great job." Onlookers had summoned a priest, who quickly arrived.

However, according to a police spokesman who verified the authenticity of the video, by the time the priest arrived "the situation was under control and the man had been fully exorcised. The officer acted properly in the situation and did not abuse his authority. He believes in God and regularly goes to church."

Betti was arrested, but released the next day. He allegedly thanked Mendes for exorcising him, saying, "I can't remember a thing about last night. I must have been possessed or something."

Watch the exorcism and subsequent arrest below via The Mirror.