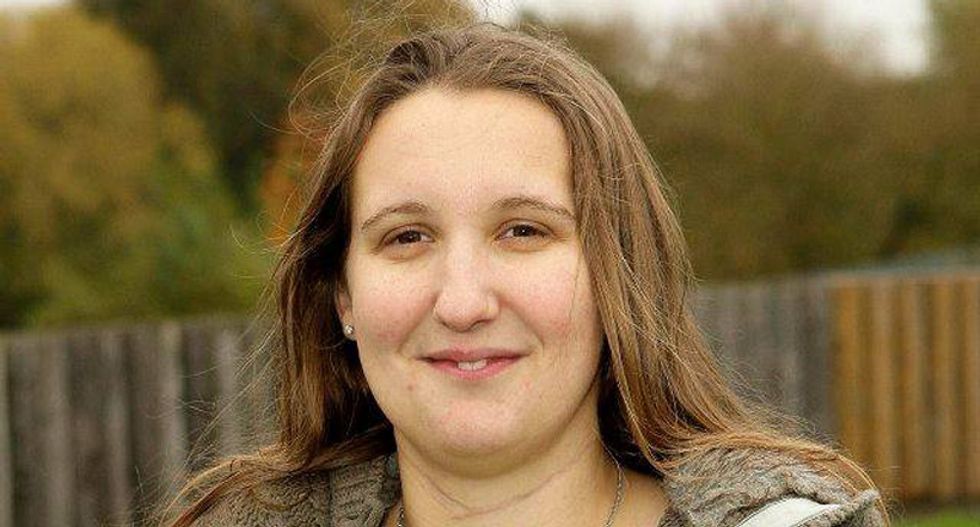 A woman who was savagely beaten and had her throat slashed by the father of her children has been told she must write letters to her attacker in jail or face imprisonment herself, The Daily Mail is reporting.

In 2011 Natalie Allman, 29, was tortured for over seven hours and had her throat slashed in front of her twins by her boyfriend Jason Hughes, 42, because he wanted to make her look "ugly" after she attempted to leave him.

Hughes, who lived in Ross-on-Wye in England with Allman, is currently incarcerated, serving a nine year term for the attack that left Allman with a lacerated throat and five facial fractures requiring plastic surgery to repair the damage.

A judge, citing Section 8 of the Children's Act, has told Allman that she must send three letters a year to Hughes, including photographs of their five-year-old boys, updating him on their lives. Failure to do so could result in a contempt of court charges and imprisonment.

In an interview, Allman said she is being victimized again by her former boyfriend.

"We are the victims, not him. I thought he was going to kill me that night for no reason and my boys saw that. They were terrified," she said. "I'm so angry that the law still defends his parental rights and that he is still being allowed to control us from behind bars."

In 2011, right after Allman broke off her engagement to Hughes, he attacked her in bed, first attempting to smother her with a pillow before repeatedly striking her with a dumbbell.

According to authorities, Hughes  then used the blade from a mini-tool to slash a 20cm-long cut across her throat, narrowly missing a major artery in her neck.

Seven hours later Hughes allowed Allman to call for an ambulance, with authorities arriving to find her and her then-2-year-old twins in the bed and covered in blood.

As Allman was rushed to a hospital, Hughes was arrested at the scene.

In January 2014 Allman was told that Hughes had requested six letters a year - as well as phone calls from the twins on their birthdays and at Christmas - under the Children's Act.

Despite spending £3,000 on legal fees to fight the order, the court instructed her that she would have to comply by updating Hughes on the children's school progress, health, and emotional development.

"I couldn't believe it, " she said. "I could end up being split up from my children and sent to prison when he was the one who attacked me. I'm the one being treated like a criminal."