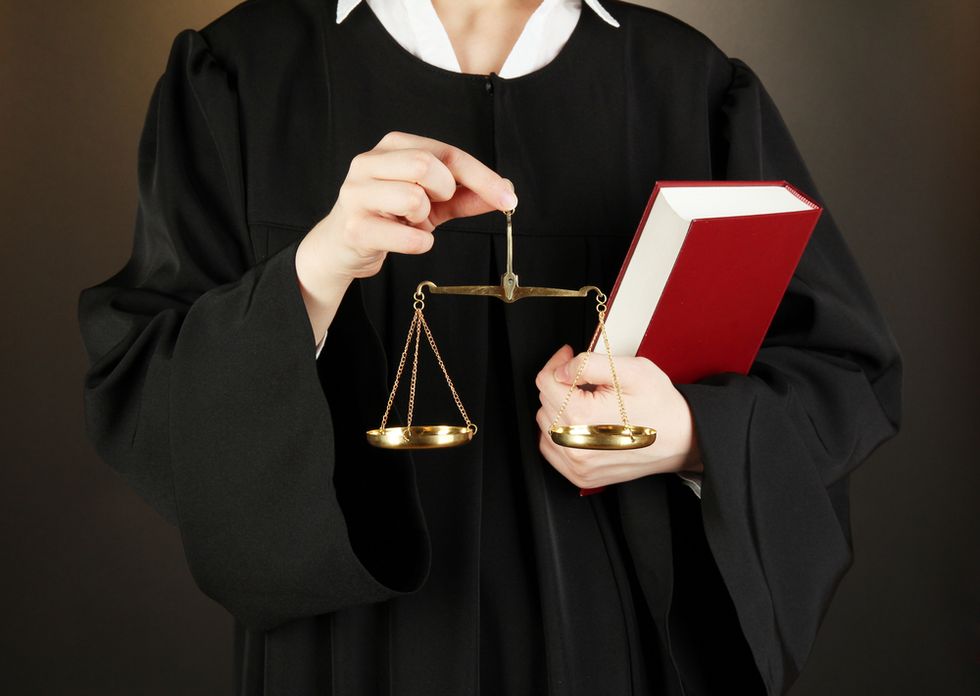 A real judge went easy on an Illinois woman who posed as a judge as part of a bizarre “catfish” extortion plot concocted by her son against a gay illegal immigrant.

Edith Vincenta Peralta Saavedra and her son, Geovani Ozuna, were each convicted in connection with the plot that conned the Salvadoran victim out of more than $27,000, reported the Chicago Sun-Times.

The 25-year-old Ozuna posed as a Skokie police officer, corrupt lawyer, and prospective lover after answering the victim’s Craigslist ad in 2012, the newspaper reported.

He first pretended to be a police officer when responding to the personal ad, and then he posed as an 18-year-old college student from California.

The victim sent Ozuna money so he could “travel” to Chicago, and he managed to convince the victim the student had been arrested en route and was actually underage.

Ozuna then warned the victim that he would be arrested and deported for soliciting sex with a minor, and he preyed on the victim’s ignorance of U.S. law to extort even more money from him.

Then Ozuna posed as a California lawyer and enlisted his mother to pose as a federal judge to make additional threatening phone calls.

He eventually met the victim and used a gun to threaten violence against his family in El Salvador.

Ozuna and his mother were arrested during a 2013 sting operation after Peralta Saavedra wore a black robe during a visit and conned the victim out of another $2,000.

That means she could be home in several weeks to serve one year of probation, which is significantly less than the three years recommended under federal sentencing guidelines.

Ozuna was sentenced last month to five years in prison.