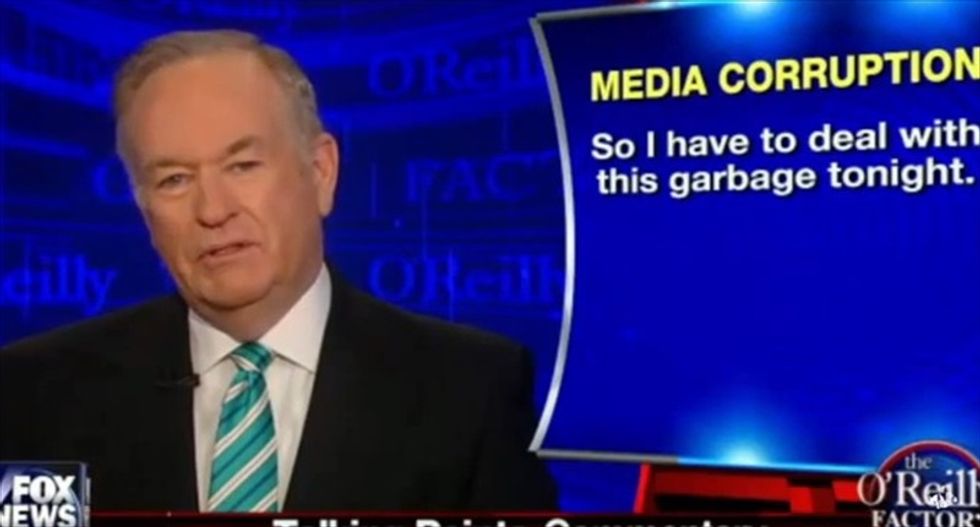 He did show pictures of what he called the internal documents praising his reporting for CBS News in Buenos Aires following the end of the Falklands War in Argentina.

In response, David Corn, who wrote the Mother Jones piece that originally questioned O'Reilly's account of his stint there, released an annotated commentary of his own on O'Reilly's remarks.

"In one interview yesterday, O'Reilly declared, 'Everything I said about my reportorial career—EVERYTHING—is accurate,'" Corn wrote. "Which would be more problematic: If he really believes that, or if he doesn't?"

O'Reilly's commentary, as posted online on Friday, can be seen below.