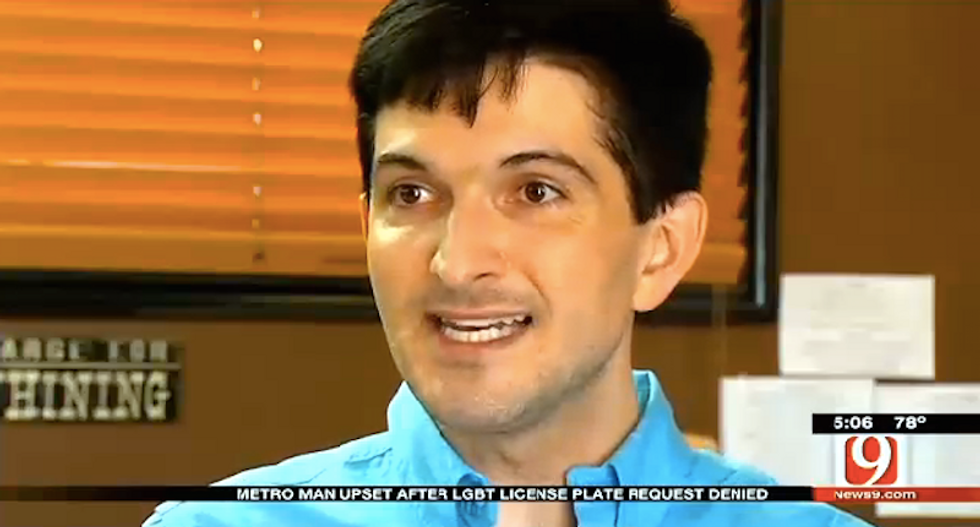 An Oklahoma man said his request for a personalized license plate supporting LGBT rights was denied for dubious reasons.

John Keefe, who identities as straight, said he filed an application with the Oklahoma Tax Commission for a license plate reading, “LGBTALY” – or LGBT ally.

But the commission turned down his request, saying license plate requests would be denied if they were offensive to an “objective, reasonable person," reported KWTV-TV.

“The gentleman who denied it said it was sexual in nature,” Keefe told the TV station.

Keefe has hired a lawyer to help him appeal the decision.

His attorney said state officials apparently misinterpreted the term “LGBT,” which he said has taken on a sociopolitical meaning in recent years.

“I don't think the state of Oklahoma is trying to engage in any specific act of oppression or anything like that,” said attorney Charles Broadway.

State officials said they could not comment on specific cases, but they said a hearing on denied requests could be granted if a person believed they had additional information that could change the decision.

Keefe said he was willing to take the case to the Oklahoma Supreme Court, if necessary.