Aaron Schock compares himself to Abraham Lincoln as he leaves Congress 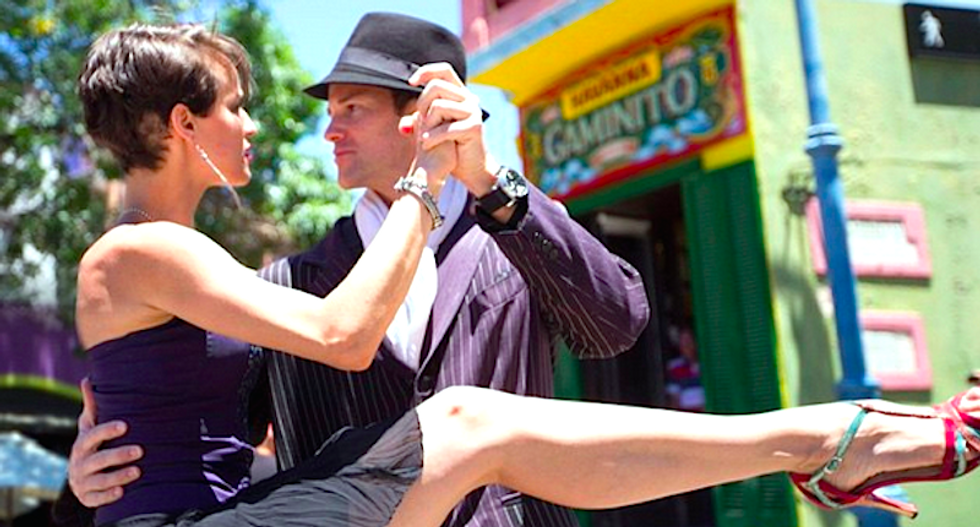 U.S. Representative Aaron Schock, who became more famous for his abdominal muscles and "Downton Abbey"-style office decor than for his legislative accomplishments, on Thursday cited God, the Bible and Abraham Lincoln in his farewell to Congress.

The 33-year-old Illinois Republican, first elected to the U.S. House of Representatives in 2008, had just cast his final vote as he resigns from Congress, ending - at least for now - what had been called a promising political career.

Schock is under investigation by federal law enforcement authorities for possible illegal use of campaign funds, according to media reports and some fellow lawmakers.

Earlier this year, he also attracted attention when The Washington Post wrote about Schock's opulent redecoration of his congressional office in the style of the popular British television show "Downton Abbey."

"I leave here with sadness and humility," he said in a House floor speech on his resignation. "I know that God has a plan for my life," he said, as he quoted "the Good Book."

Nearly 170 years ago, Abraham Lincoln, before becoming president, was elected to the Illinois congressional seat that Schock is vacating.

Invoking Lincoln, Schock noted he also faced adversity and setbacks, adding: "His continual perseverance in the face of these trials, never giving up, is something all of us Americans should be inspired by ... especially when going through a valley in life."

Schock, who some had viewed as a rising star in the House Republican ranks despite a thin legislative record, was featured in 2011 on the cover of Men's Health magazine displaying "political muscle," with abdominals that the magazine said made him "America's fittest congressman."

The Biden administration hasn't wasted time in making a significant shift in US policy toward the Middle East.

Over the past week, the US has launched reprisal strikes against Iranian targets in Syria and released damning intelligence overtly linking the crown prince of Saudi Arabia to the assassination of journalist Jamal Khashoggi.

Both decisions represent an important departure from the Trump administration, which acted recklessly in its actions toward Iran and enabled the worst impulses of Saudi Arabia's foreign policy.

Perhaps less obvious, though, are how Biden's actions differ from those of his former boss, Barack Obama. Biden is already adopting a bolder approach to dealing with troublesome states than Obama was ever willing to.

A disciplined approach towards Iran

Biden's decision to launch strikes against Iran-backed militias in Syria showcases what has been described by the US political scientist Joseph Nye as “smart power". This is when hard power is employed alongside soft power in a carefully calculated way to affect a diplomatic outcome.

In this case, the US worked collaboratively with the Iraqi government and intelligence officials to develop and execute the planned strikes in Syria.

The Senate Homeland Security and Governmental Affairs Committee is holding a hearing along with members from the Senate Rules Committee on Wednesday to examine the National Guard's response to the January 6 insurrection.

Supporters of former president Donald Trump stormed the U.S. Capitol as Pence presided over the certification of President Joe Biden's election win, and rioters loudly proclaimed their desire to hang the vice president if he did not undo the loss -- but he wrote a new op-ed published Wednesday by The Daily Signal website justifying the insurrectionists' concerns.