Ahead of Persian New Year, Iranians hope for a nuclear deal 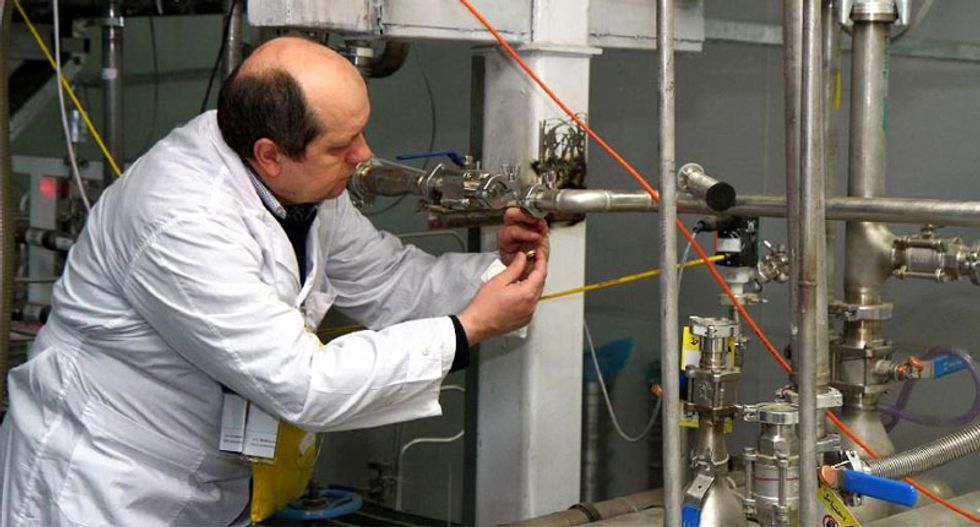 After years of false starts in nuclear talks with the West, most Iranians are beginning their New Year hopeful of a decisive deal to end over a decade of punishing sanctions.

But many remain wary that an agreement with the United States and other world powers is possible -- or even, for some hardliners, desirable -- after 12 years of bitter dispute that has included periodic threats of war.

"I saw on TV that they have reached peace on 90 percent of the issues," she said, thanking Iranian President Hassan Rouhani, who on Tuesday said "sooner or later we will see results".

Nuclear talks, which took many by surprise when they officially restarted in 2013 after secret meetings between Iranian and US officials, could end Western sanctions on Iran and temper Tehran's long isolation.

But it is the Islamic Republic's supreme leader, Ayatollah Ali Khamenei, who will have the final word on any deal.

With Nowruz falling at 2:15 am on Saturday (2245 GMT Friday), a speech later that day by Khamenei is attracting ever higher interest.

As a March 31 deadline for a political agreement approaches, people are eager for signs that he will give his assent.

Davoud Hermidas-Bavand, a veteran political analyst and university lecturer in Tehran, believes a deal is within reach.

"I expect it's going to be successful enough," he said when asked if Iran would feel it has got what it wanted out of negotiations.

For now, key differences remaining between Iran and six world powers -- Britain, China, France, Russia, the US and Germany -- include the process of lifting sanctions and the amount of uranium Tehran would be allowed to enrich in future.

Iran denies seeking an atomic bomb, though opponents of the talks say any final deal -- due by the end of June -- would allow it to become a nuclear threshold state.

For all the talk from both sides about "no deal being better than a bad deal" no agreement would mean failure to most Iranians.

"How could it be otherwise?" said Hermidas-Bavand. "The people cannot digest any more disappointment."

In the bazaar, a maze of corridors totalling several kilometres where thousands of traders sell every type of good imaginable, people are upbeat.

"They will reach an agreement, I think, and it would be good for us," said Hassan Sadraie, an 80-year-old carpet seller, sat behind the shop's front desk where he greets customers.

With fewer buyers, trade has dwindled in recent years.

"Sanctions are bad for business, so the more relationships we have with the outside world, the better it will be," he said.

For all the sanctions Iran still faces -- the nuclear measures were imposed when Mahmoud Ahmadinejad was president -- Rouhani's government has stemmed the country's worst economic fallout.

Inflation, which hit 40 percent under Ahmadinejad, is now around 17 percent, and recession turned into four percent growth in the first half of Iran's fiscal year.

But with youth unemployment rising, a nuclear deal is predicted to bring a surge in foreign investment and create much-needed jobs.

However, Saeed Laylaz, an economist close to the Rouhani administration, was more cautious.

"There will be no overnight changes," he said.

"What is more likely is a psychological boost, but most of that has already been absorbed in the past 18 months. A nuclear deal would resolve one dispute, but there are others."

For all the fears of a conflict between Iran and the West over the nuclear issue, the talks seem to have relegated the prospect of war for now.

But when asked about the possibility, Iranians are quick to show their readiness.

"I don't think anyone wants to attack us," Kajkolah said, looking at clothes for Nowruz with her 10-year-old daughter by her side.

"But if it happens even I as a housewife would go out and fight."