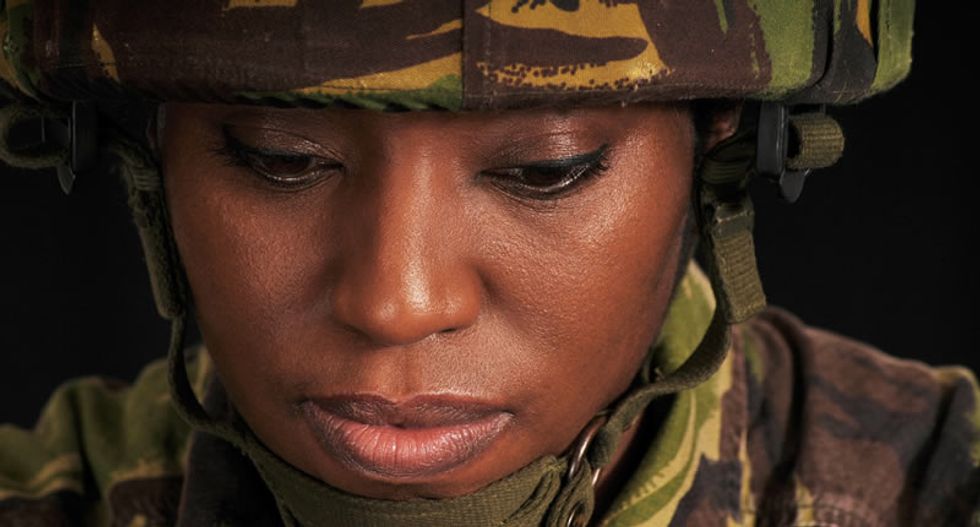 Officials have opened an investigation into a platoon at an Alaska Army base that was accused of allowing soldiers to use racial slurs freely on what was known as "Racial Thursdays."

The Army Times reported this week that a soldier had come forward with allegations that "Racial Thursdays" were being held by 2nd Platoon, C Company, 3rd Battalion, 21st Infantry Regiment at Fort Wainwright, Alaska.

"When I first got to my unit, someone said we should do 'Racial Thursdays' because it's been a tradition," the unnamed soldier told The Army Times. "It's something they made up where you can say any racist remark you want without any consequences. The platoon sergeant said no, but the shit is still going on."

"It's degrading to the soldiers," the soldier added. "We've had soldiers almost fight over the crap that's going on here."

The black non-commissioned officer said that he felt the need to speak out because the unit "has a bad habit of sweeping things under the rug."

Another soldier said that he was told that "Racial Thursdays" were a "tradition among the guys."

"Every Thursday, they wouldn't make you, you didn't have to participate, but they'd remind you," the soldier remarked. "Everybody would get a joke in or one person would be picked out and everybody would say jokes to that one person."

"A soldier I'm pretty good friends with, he was getting picked on the whole entire day until we were off work," he recalled. "He's Latino. They were calling him wetback, border jumper, those kinds of jokes. He would say some jokes back, but he got to the point where he wanted it to stop. He and another soldier almost got into a fight, and guys had to step in between them and keep them apart."

Army spokesperson Lt. Col. Alan Brown confirmed to The Army Times that a commander's inquiry had been opened to investigate the allegations.

"An informal complaint was made through command channels, and the commander has already assigned an investigating officer and the investigation is ongoing," Brown explained. "The command is extremely sensitive to any allegations that involve equal opportunity or discrimination and will investigate every allegation."

"Based on the results of that inquiry, and if the evidence supports it, the commander, usually the brigade commander, can elect to conduct a 15-6 investigation," he continued. "It's important to emphasize that these allegations are just that. They're allegations, and that's what the investigation has been assigned to find out, exactly what happened and if anything happened."

In 2011, Pvt. Danny Chen, who was assigned to the same unit that allegedly held the "Racial Thursdays," committed suicide after being hazed over his Chinese ancestry.

But Brown said that there was "absolutely no connection between this current investigation and the case of Pvt. Danny Chen."

"Treating all soldiers with dignity and respect is something this command takes extremely seriously, and when there are any indications that those values are not being followed, the command will absolutely make inquiries, conduct appropriate investigations and take action as necessary."