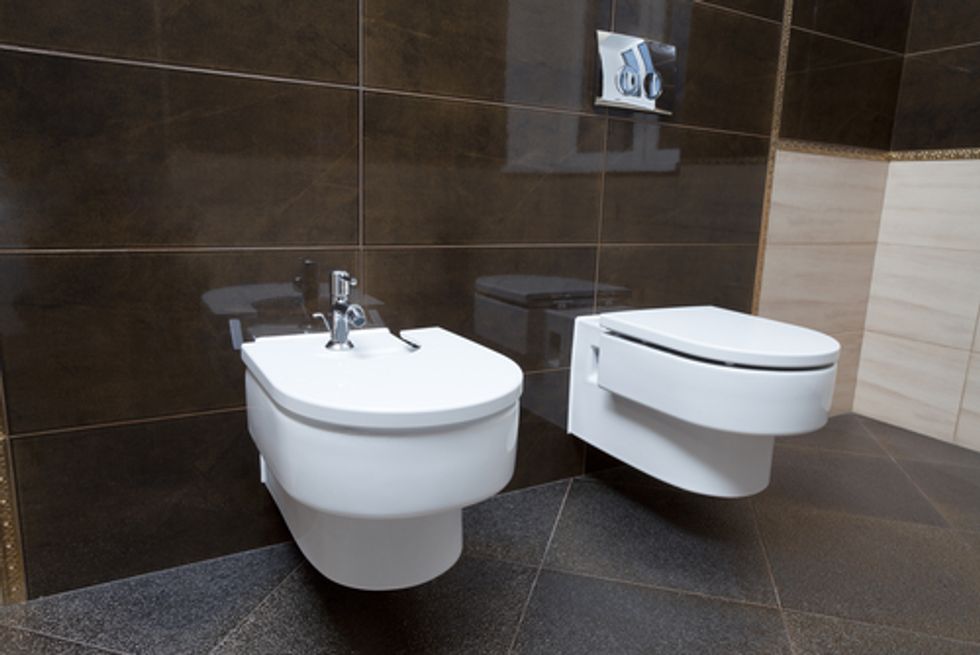 Rarely do serious problems have such simple solutions.

The New York Times has a rather disconcerting story up about how the burgeoning popularity of "wet wipes", which are just baby wipes that adults use to get squeaky clean in the ass region after a poop (at least, I hope you aren't also using them when you pee, people), has created a massive sewage problem in New York City, amongst others. Unlike toilet paper, the wipes don't really dissolve in water and so they just clog everything up, creating "dank clusters, graying and impenetrable" that "gain mass like demon snowballs as they travel". There are pictures. It is disturbing.

It's also a relatively new problem, because a few years ago, wet wiping your asshole wasn't a thing. Now it's so popular that metric tons of the things live in our sewage system. What the holy fuck happened? The NY Times blames marketing. "In recent years, the intersection of evolving hygienic sensibilities and aggressive industry marketing has fueled the product’s rise."

"Evolving hygienic sensibilities"? Say what? Is there any real evidence that Americans have become more fastidious about their personal hygiene in recent years? (The trendiness of growing a beard, in my opinion, suggests the opposite.) I suppose I should be a good little leftist and say that it must be all due to the hypnotic mind-controlling power of marketing, but honestly, I don't believe that. I don't actually think it's that easy to sell a product that people don't see the value in. No, something changed that made the public more amendable to this product, and the wet wipe companies pounced on the marketing opportunity.

I make jokes, but in all seriousness, I don't think it's a bad thing if people want to touch assholes all the time. Life is too short for boring sex. However, this sewage problem is a real conundrum. Look, people aren't going to quit using wet wipes, because given a choice between contributing one less wipe to the problem and being confident that you can let loose in bed without worrying about errant brown streaks, people are going to pick the latter every time.

Clearly, the solution is bidets. It's time to just suck it up and pass a law requiring that every toilet sold in America have one of those bidet functions on it, just like they passed a law requiring low-flow toilets. If the Republicans resist, point out that not only are they coming for your birth control, now they're trying to ruin it for married couples who are trying to keep the spark alive by varying it up a bit. We may not be able to do much, America. But I believe we can do this. Most problems have complex solutions that have to be implemented on multiple levels in order to work. But this is about as straightforward a solution as you will ever get. Let's do this thing, people. A chicken in every pot and a bidet in every household. *cue patriotic music*