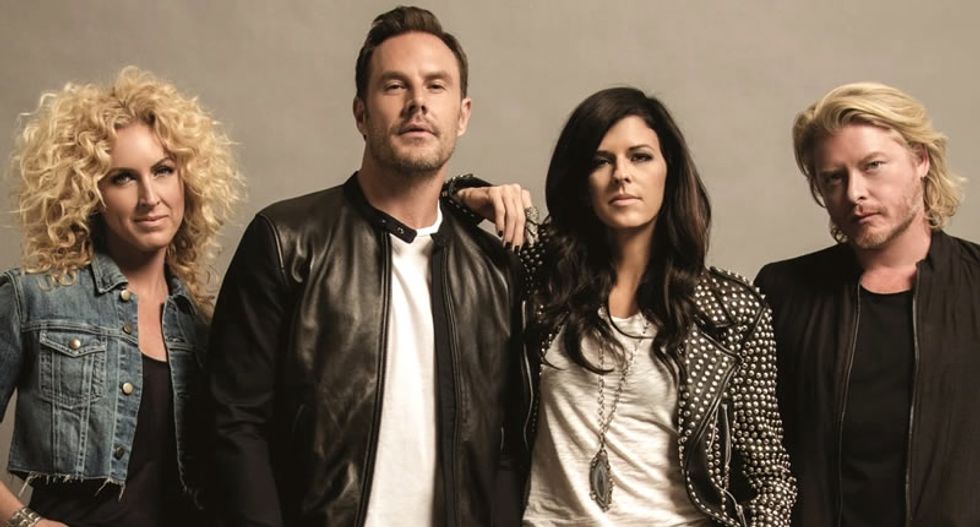 The song is written from the perspective of a woman who envies of her ex-boyfriend's new lover. "I want to taste her lips, yeah cause they taste like you / I want to drown myself in a bottle of her perfume," Little Big Town's Karen Fairchild sings. "I want her long blond hair, I want her magic touch / Yeah cause maybe then, you’d want me just as much -- I got a girl crush."

According to "TexMex," a music director for a country radio station in Texas, the first time the song was played, his station was deluged with complaints about its "'obvious' lesbian meaning."

He admitted to be baffled by the response. "Did you listen to the song all the way through? Do you not like songs about women being jealous of a mistress?" he asked. "This is the foundation of female country music subjects most of the time."

In an interview with Vevo, Fairchild's band mate, Kimberly Schlapman agreed, saying "this woman is just looking at the woman her man left her for and wondering, 'What does she have that I don't have? What am I missing? What is it that she's giving you that I can't give you?'"

When "TexMex" attempted to explain the song's meaning to his irate listeners, "every one of them responded with basically the same thing (paraphrased): 'You are just promoting the gay agenda on your station and I am changing the channel and never listening to you ever again!'"

But, as syndicated radio host Bobby Bones told The Washington Post, "it shouldn't even matter if it's a lesbian song, is the first thing."

"Is it frustrating to you that here is your song — that is one of the Top 10 sellers for weeks and weeks and weeks — and people on the radio are still afraid to play it because they think it’s a ‘lesbian song?’" he asked. The song is the fourth most popular country song on iTunes, but is currently only charting at 33 in radio airplay.

Which, according to "TexMex," means that at his radio station, the song will only be played 14 times per week, and never during peak listening periods.

Watch the video for the song below via YouTube.