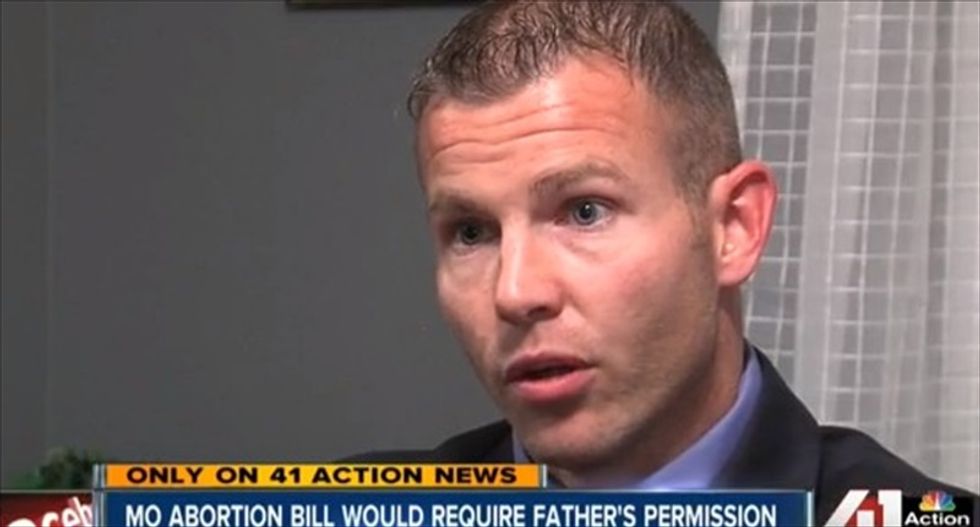 After catching flack for a bill that would require women to obtain permission before having an abortion, Missouri state Rep. Rick Brattin's (R) latest proposal is being derided for seemingly arbitrary new limits against "food stamp" recipients.

The Riverfront Times reported that House Bill 813 would bar participants in the Supplemental Nutrition Assistance Program (SNAP) from using it to buy fish, steak, soda, cookies, chips and energy drinks.

"There have been a lot of studies on fraud, when there were actually people buying, trading and selling their EBT cards, but it was a very small percentage of the overall population," Washington University professor and author Mark Rank told the Times. "But fish is good for you -- why should that be prohibited?"

Rank, who wrote a book examining and dispelling stereotypes regarding people relying on federal assistance programs, bills like HB 813 are fueled by the argument that many welfare and "food stamp" users actually use their benefits to live beyond their means.

"What I find is, first of all, food stamps run out by the third week of the month," Rank said. "A lot of people I met are extremely frugal in terms of using their food stamps and making decent decisions for what foods to buy or not. What I find is for the most part, people are trying to get by."

The St. Louis Post-Dispatch editorial board panned the Republican-controlled state legislature for using negative stigmas surrounding people using SNAP and other programs as the basis for a number of measures, including Brattin's bill.

"Among many, if not most, Republican lawmakers in Missouri, it is an article of faith that people on “welfare” are lazy good-for-nothings who prefer to sit on the sofa watching TV, eating steak, gawking at pornography and soaking up fabulous government benefits instead of hauling their able bodies to work," the board wrote. "The facts behind poverty in Missouri belie this notion, but never mind! Why let facts get in the way when stereotypes are so much easier?"

Brattin also came under criticism last year after pushing a bill that required a woman seeking an abortion to receive consent from the man who impregnated her, except in cases involving rape -- provided the woman could demonstrate that she had been assaulted. He later blamed "the women's movement" for inspiring the bill, saying men had been forced out of the decision-making process regarding abortions.