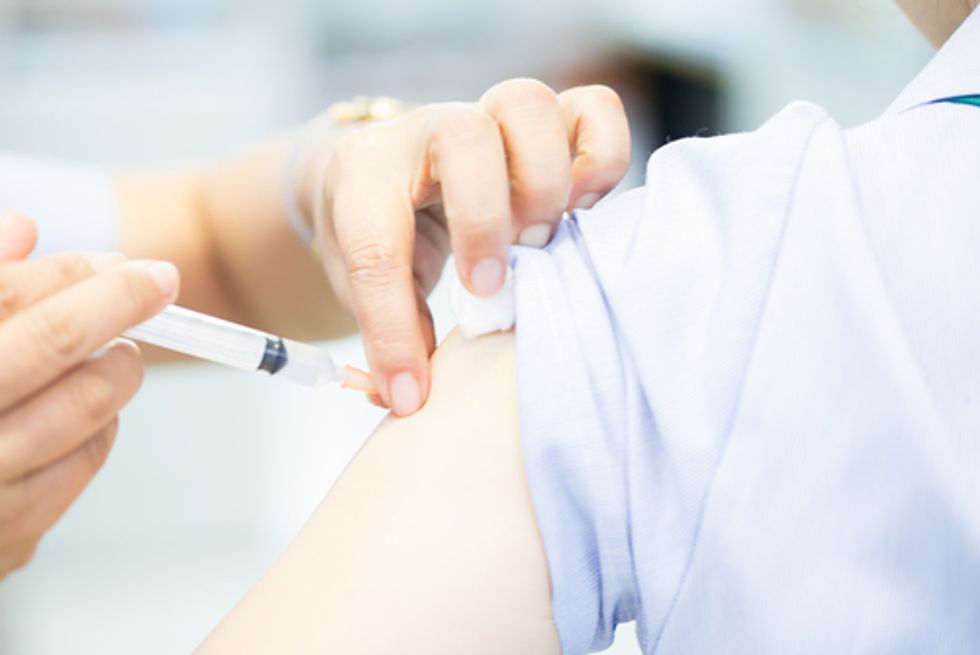 It's time to conclude that being anti-science is not just a selective thing on the right anymore, but is becoming an ideological position. Science denialism amongst conservatives used to be something that was done not just for its own sake, but in service of other political positions: Denying that global warming is real is about protecting oil industry profits, sowing misinformation about reproductive health care is about justifying abortion bans, that sort of thing. But now we're starting to see more anti-science posturing for the hell of it. Witness this footage Right Wing Watch caught from Rep. Barry Loudermilk from Georgia:

At a town hall meeting in his district in Georgia last week, Republican Rep. Barry Loudermilk claimed that he and his wife decided against vaccinating their “very healthy” children and said that he is against requiring children to receive vaccinations.

“I believe it’s a parents decision whether they immunize or not,” he said in remarks first noted by the Atlanta Journal Constitution. “We didn’t immunize and they’re very healthy, of course, in homeschooling we didn’t have to get the mandatory immunizations.”

He even indulged a questioner's claim that the CDC is falsifying data on vaccinations.

That some Republican from Georgia is an anti-vaxxer isn't necessarily a big surprise. Despite some stereotypes of anti-vaccination being a "liberal" thing, Republicans are actually more, not less likely to believe anti-vaccination conspiracy theories. That's why the recent surge in anti-vaccination-friendly Republican politicians is going on. That kind of anti-science quackery just has more of a natural home on the right than the left.

But it's one thing to pander a little to the cranks and another entirely to give them leadership positions when it comes to science policy. Which is exactly what Republicans did with Loudermilk, who is the chairman of the Subcommittee on Oversight in the Committee on Science, Space, and Technology.

Look, it's bad enough when they dole out committee chairs on science to people like James Inhofe, who holds a whole host of wrong-headed opinions on both reproductive health and climate change. But at least you can sort of see the rationale here. The scientific facts run contrary to what Republicans prefer in policy, so they appoint someone who really enjoys denying the facts to important leadership positions. Immoral, but has a certain logic to it. But there's really nothing to be gained from the anti-vaccine position. There's no real corporate lobbyists behind it, no special interests really to pander to. Social progress will not be rolled back in any meaningful way if vaccination becomes less popular. Just a lot more people will get sick. It's lose-lose for everyone, including Republicans.

So I'm forced to conclude that they've started to hate on science for its own sake. Putting anti-vaxxers into science leadership doesn't help anyone, but it probably does feel like a way to stick it to the pointy-headed experts who think they know more than you about medicine just because they went to "med school" and studied "germ theory". This is what they've reduced themselves to in the name of pissing off the liberals, y'all. It's the shotgun approach to science denialsm.