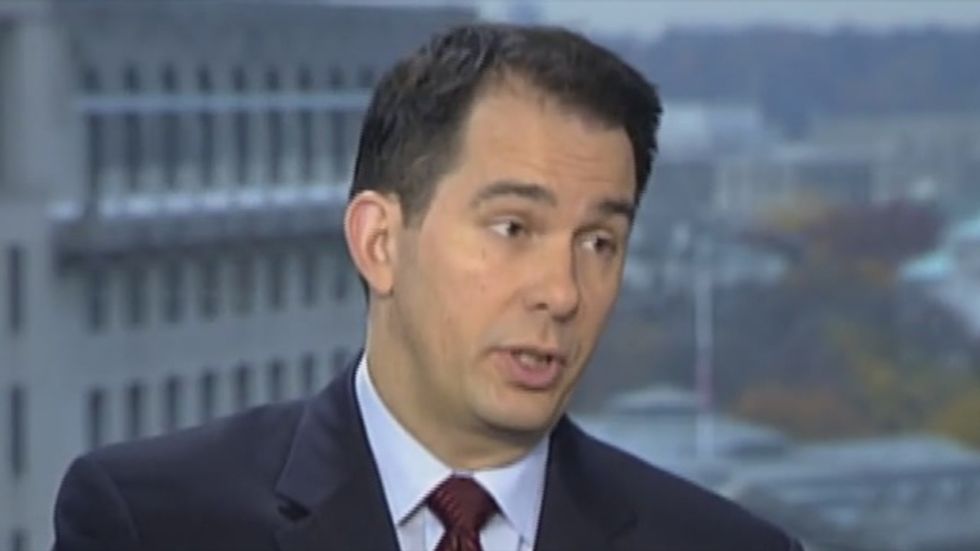 MADISON, Wis. (Reuters) - A Wisconsin legislative panel was due on Monday to review a state Senate-passed bill that would allow private-sector employees to avoid joining a union or paying union dues even when working under union-negotiated contracts.

The measure, which would make Wisconsin the 25th state to enact such a "right-to-work" law, has been cast by supporters as an incentive for keeping and attracting businesses and jobs, while unions brand it as a thinly disguised assault on organized labor.

The legislation was narrowly approved on Wednesday by the Wisconsin Senate, which like the state Assembly is led by a Republican majority. One Republican senator broke with his party to join all 14 Democrats in that chamber to oppose the bill. The remaining 17 Republicans voted for it.

Walker became a hero to Republican Party conservatives in 2011 when he pushed for a law to limit the collective bargaining rights of public-sector employees. His political stature grew when he survived a union-backed recall election in 2012.

The bill now moving through the legislature would prohibit private-sector workers from being required to join and financially support a union - such as by paying dues - as a condition of their employment.

Under such "open shop" scenarios, employees subject to the wages and benefits of a collective bargaining agreement are nevertheless free to eschew membership in the union that negotiated the contract on their behalf.

Opponents view the legislation as a way to limit union revenue, shrink membership and further erode the political power of organized labor. Supporters contend a right-to-work law would protect worker rights while attracting businesses to Wisconsin.

Thousands of workers rallied at the capitol last week to protest the legislation.

The state Assembly labor committee has scheduled 10 hours of public testimony on the legislation for Monday, and unions are calling on workers to testify against the measure.

The full Assembly, where Republicans hold a 63-36 majority, is due to take up the bill on Thursday. If the Assembly approves it, the measure will be sent to Walker's desk, and he is expected to sign it. The measure as written would take effect upon the governor's signature.