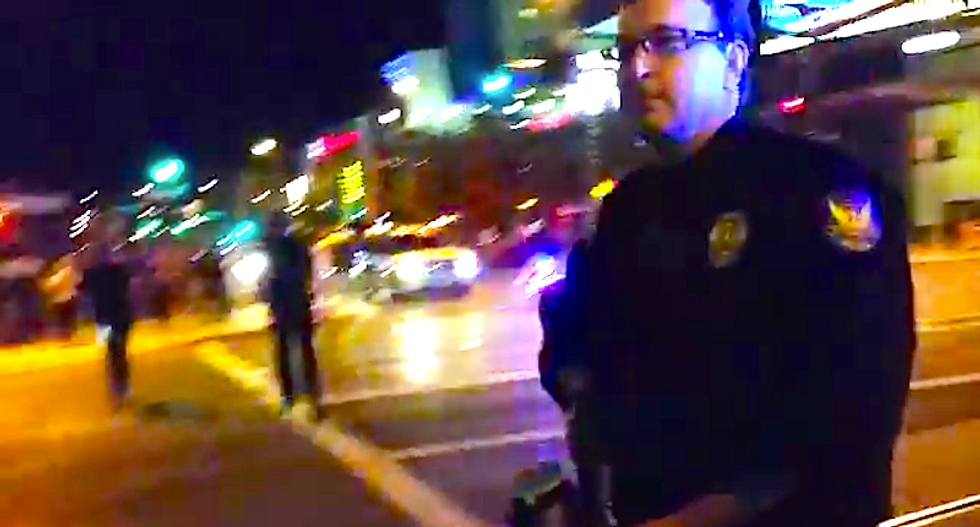 Arizona is poised to create a new law that would keep secret for 60 days the name of any police officer in the state involved in killing a member of the public through the use of “deadly force”, amid nationwide controversy over a series of deaths of unarmed civilians at the hands of law enforcement.

The bill, passed in the Arizona state senate and now going through the state house of representatives, seeks to prevent police departments from releasing the name of the officer involved in such a death.

Supporters of the bill said it was necessary because of death threats to police and vilification of them and their families arising from deadly incidents, even if the officer was not ultimately charged or disciplined and the killing was ruled an accident.

Opponents slammed the bill for reducing transparency at a time when public trust in the police is in the spotlight after deaths in Ferguson, Missouri, and New York City last year, as well as other incidents.

“This is about protecting the welfare of an officer who is not a suspect,” said Levi Bolton, a retired Phoenix police officer and executive director of the Arizona Police Association, which backed the bill. He said the delay would mean the name is released when investigators have a clearer picture of what occurred.

The association has 14,000 officers as members across the state.

“We don’t usually talk about it, but threats are real and people talk about executing police officers – these are the kind of things that can be abated by having a cooling-off period,” Bolton said.

He said that with the proliferation of social media, the release of an officer’s name quickly led the public to find ways to threaten their family, although the risk to officers had been “a concern for years”.

The Arizona senate approved a measure to keep an officer’s name secret for 90 days, but it was reduced in later debates to 60 days.

After former Phoenix police chief Daniel Garcia released the name of the police officer who fatally shot Rumain Brisbon, an unarmed black man, in December, there were fears that protesters would march on the officer’s home. None ever did so, but Bolton said it “sent a chill factor up and down our thought process”, according to report by NBC .

A sheriff’s deputy in Pinal County, Arizona, received threats after a video appeared to show a suspect with his hands up shortly before he was shot by police in January 2014. The officer’s home was placed under 24-hour guard for a time, sheriff’s chief deputy Steve Henry told a state senate committee in February.

Phoenix lawyer David Bodney, who specializes in free speech and public records law and has represented media organizations such as the Arizona Republic newspaper and a local NBC affiliate TV station in submissions to the legislature, said the lack of transparency created by the new law would be counterproductive.

“What if the officer has a history of use of deadly force, or his or her supervisor has done too little to reduce the risk of a recurring problem? And secrecy encourages speculation and leads to error,” he said.

Bodney said there were already measures in place to protect an officer and his or her family before a name is released, and the bill represented “arbitrary prohibition” that would cause more problems.

“In the digital age, the identity will probably come out anyway, which would leave the police department looking rather silly,” he said.

The bill had been expected to gain passage through the house and land on the governor’s desk soon. But for the time being it has gone back to committee for further discussion after the house added an amendment – that the names of officers against whom disciplinary action had been taken also be withheld, possibly permanently.