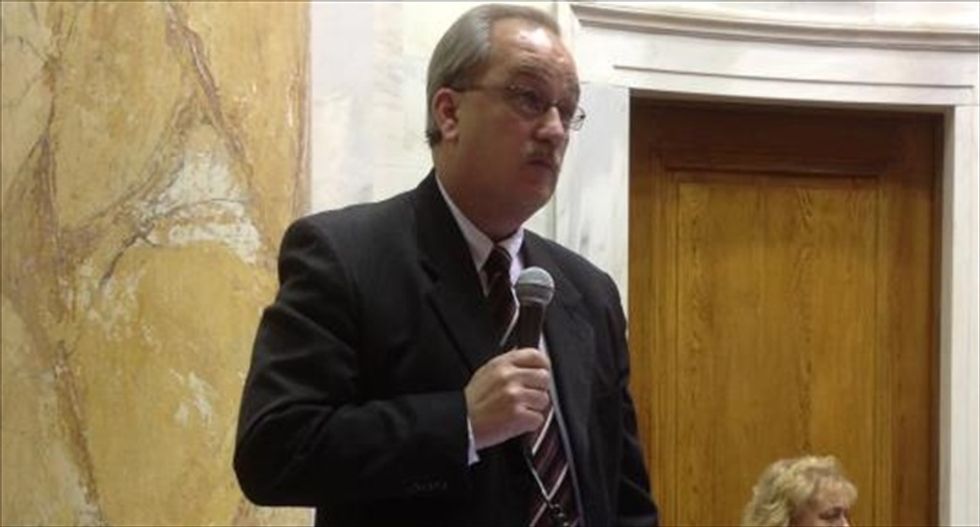 A new Arkansas bill would enable the state to pay low-income single mothers to stop having children for at least five years, RH Reality Check reported.

"Often young people make decisions and they get a sense that they don't want to make that decision again for a while," said the bill's sponsor, state Rep. Kim Hammer (R). "We need to give them a little bit of a breather to think about their life decisions that are affecting us as taxpayers."

The measure, House Bill 1868, would allow single mothers who are receiving Medicaid benefits and have only one child to receive a "surgically implanted contraception device" that would be effective for at least five years.

The one-time "contraception incentive" would be available through the Arkansas Department of Human Services. The agency would either pay for the device to be implanted, or reimburse women who provide documentation showing that they underwent such a procedure.

According to Think Progress, the bill plays on the stereotype that people using federal benefits programs have children at a higher rate. But federal data disproves that notion, while also showing that families using programs like Medicaid spend less on average than families who do not.

RH Reality Check also reported that, while Hammer wants to give low-income women "a breather" from having children, he has repeatedly opposed increasing their reproductive choices. He supported a ban on abortions after the 20-week mark and opposed a plan to use state healthcare exchanges created under the Affordable Care Act from including "election abortion" coverage without requiring women to purchase a separate insurance rider.