Arrest made in fatal shooting of Muslim immigrant in Dallas: police 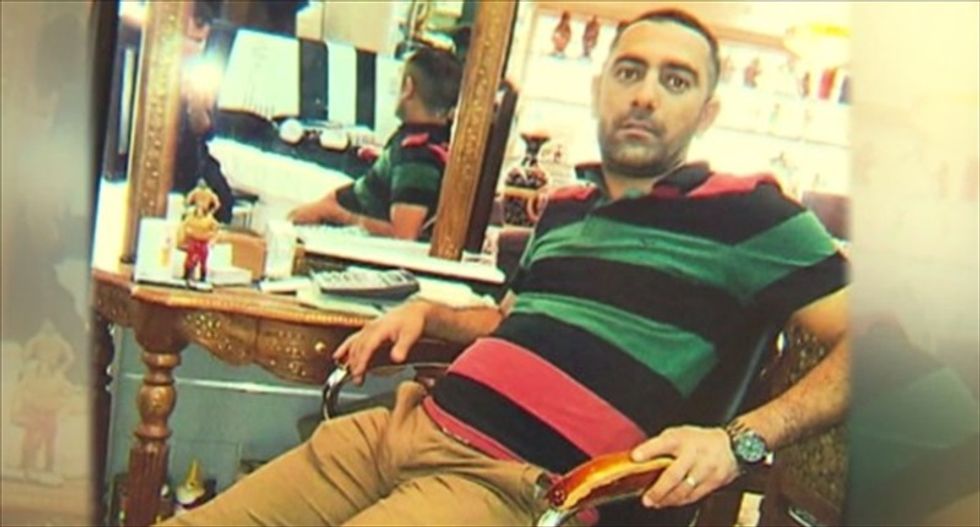 Dallas police said on Friday an arrest has been made in last week's fatal shooting of Iraqi immigrant who was gunned down while taking pictures of a snowfall.

Ahmed al-Jumaili, 30, had only been in the United States for about three weeks to be reunited with his wife when he was killed.

Police, who will hold a news conference later Friday, have said the killing appeared to be a random act of violence but did not rule out that it could be a hate crime.

Surveillance video released by police showed four men running away from a nearby apartment complex, with one man carrying a rifle.

The possibility that al-Jumaili might have been targeted has put Muslims on edge, said Alia Salem, executive director of the Dallas-Fort Worth chapter of the Council on American-Islamic Relations, which has offered a $12,000 reward for information that identifies the killers.

His family members said al-Jumaili was out at night because it was his first time to see snow.

'You want to cheat!' CNN's Cuomo tears into far-right group that bragged about authoring voter restrictions