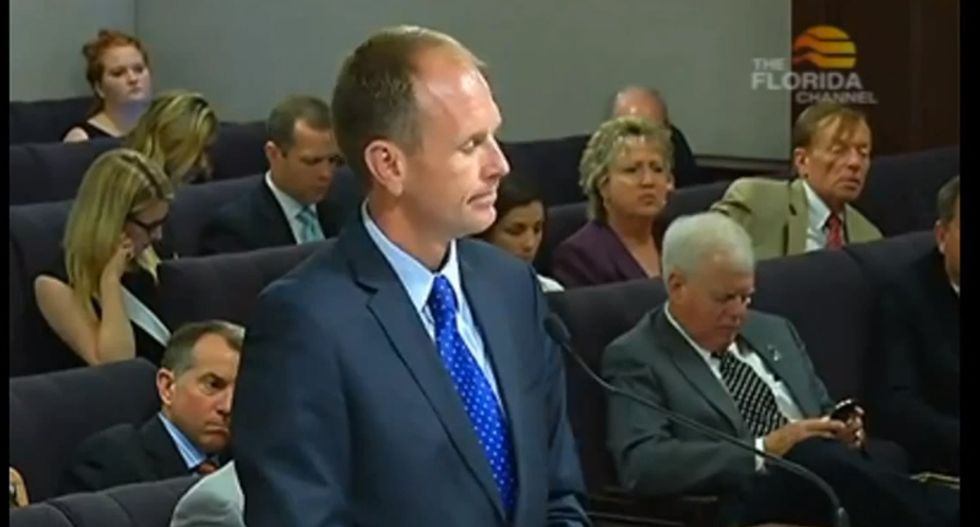 A smiling Florida state senator mocked a state official after attempting to get him the say "climate change," a term reportedly banned by Gov. Rick Scott.

Appearing before a Senate budget subcommittee, Director of the Florida Division of Emergency Management Bryan Koon spoke at length of the need for funds to warn residents in advance of floods, tornadoes and hurricanes in Florida, reports the Miami Herald.

Following some back and forth between Koon and State Senator Jeff Clemens (D), Clemens asked Koon if it is true that states need to have "climate change plans" to qualify for that federal money.

Koon agreed, saying it required "language to that effect."

"I used 'climate change,'" Clemens replied, "but I'm suggesting that maybe as a state, we use the term 'atmospheric reemployment.' That might be something that the governor could get behind."

"What issue is that?" Clemens asked.

"The issue you mentioned earlier," Koon replied as the senate panel broke into laughter at his obvious discomfort.

Watch the video uploaded to YouTube by Forecast  The Facts: