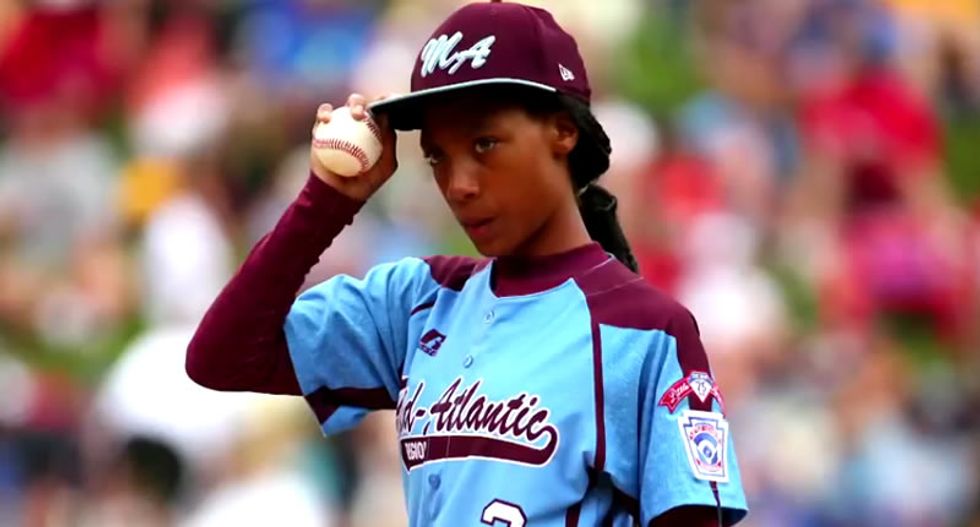 Casselberry called the 14-year-old star of last year's Little League World Series a "slut" for getting "rocked by Nevada" in a tweet responding to the news that the Disney Channel is making a movie about her.

Davis was the first girl to earn a win or throw a shutout in the Little League World Series, and appeared on the cover of Sports Illustrated, which awarded her the title of "SportsKid of the Year."

His account has since been deactivated, but The Inquirer took a screen capture of the offensive tweet: 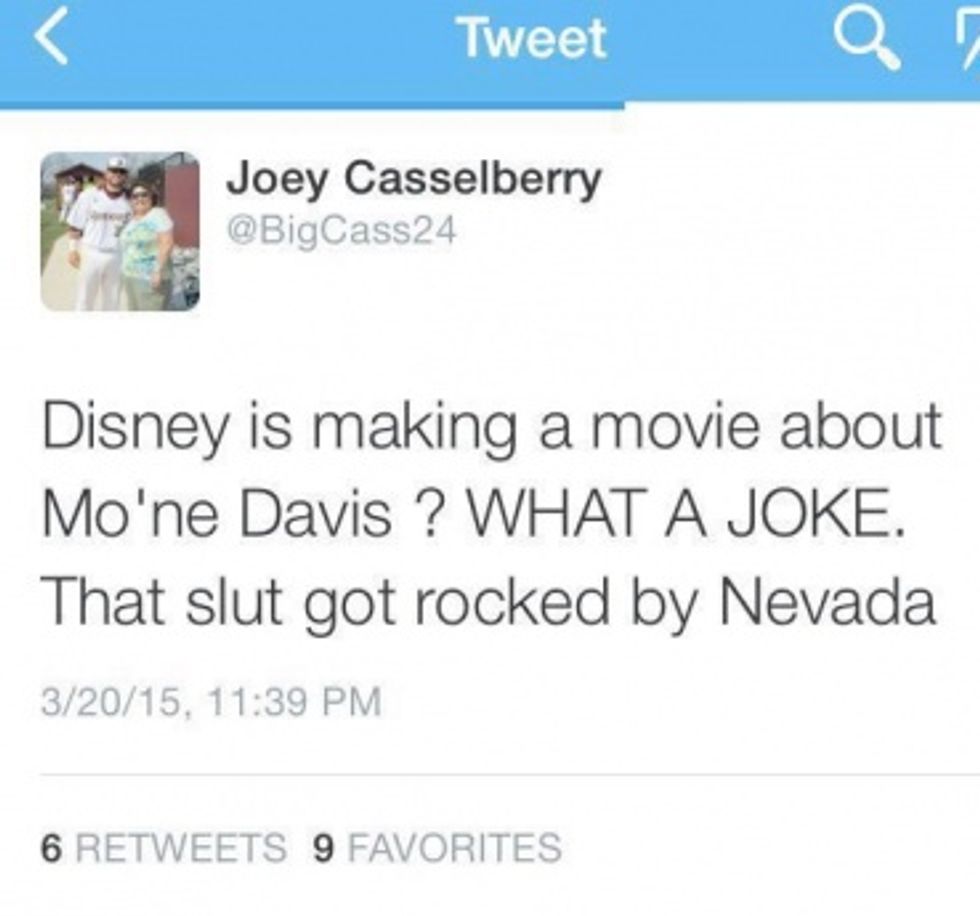 Before deactivating his account, Casselberry apologized, saying that his dismissal is "[a]n example that one stupid tweet can ruin someone's life and I couldn't be more sorry about my actions last night" and that he hoped people understood that that "I am in no way shape or form a sexist and am a huge fan of Mo'ne. She was quite an inspiration."

Bloomsburg Univ is deeply saddened by what was written about #MoneDavis by one of our student-athletes. His words do not represent us.
— BU Huskies (@BU Huskies)1426980494.0

We take matter very seriously; addressed the issue with the student-athlete (who has been dismissed from team), coach, and the team.
— BU Huskies (@BU Huskies)1426980581.0

Watch the Sports Illustrated video about naming her "SportsKid of the Year" below via YouTube.