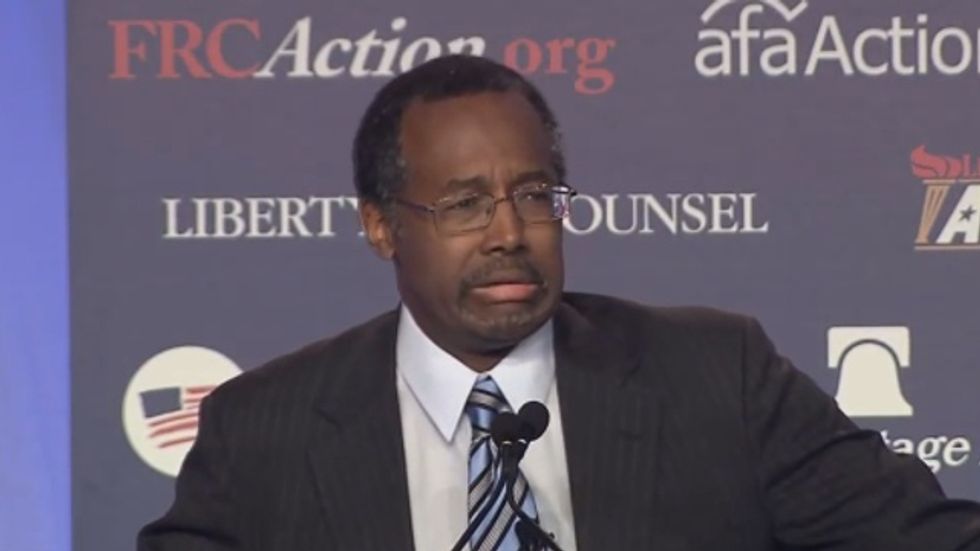 According to correspondent Jason Zengerle, Carson insulted the president while watching this year's State of the Union address with his business manager, Armstrong Williams. Zengerle wrote:

As the two men turned to the TV, they began dissecting Obama's performance.

"Like most psychopaths," Carson grumbled. "That's why they're successful. That's the way they look. They all look great."

Zengerle also quoted Williams telling Carson, "We don't have to call him a psychopath. I don't want you to go to CNN with that kind of mood" before CNN interviewed Carson following Obama's speech. The story also quotes Carson comparing foreign combatants in the Syrian civil war to "the troublemakers in Ferguson" during a visit to Israel a month earlier.

"He's taken the same sincere up-by-the-bootstraps message that he once preached to black children and grafted it onto a worldview promulgated largely on conservative talk radio, validating many of the most provocative sentiments popular on the far right by repeating them in his mellifluous tone," Zengerle wrote of Carson. "He's that rarest of breeds: a soft-spoken demagogue."

Carson announced on March 3 that he was forming an exploratory committee for a possible presidential campaign. Zengerle reported that two political action committees supporting the former Johns Hopkins neurosurgeon have raised $19 million between them.

Two weeks later, Buzzfeed reported that one of his committee members, Jim Dornan, scrubbed a Twitter account filled with insults toward Obama, including one post in which Dornan called him "a complete sociopath."

Carson finished fourth in this year's straw poll at the Conservative Political Action Conference (CPAC), one percentage point behind Tea Party Sen. Ted Cruz (R-TX), who announced his candidacy for the presidency on Monday.