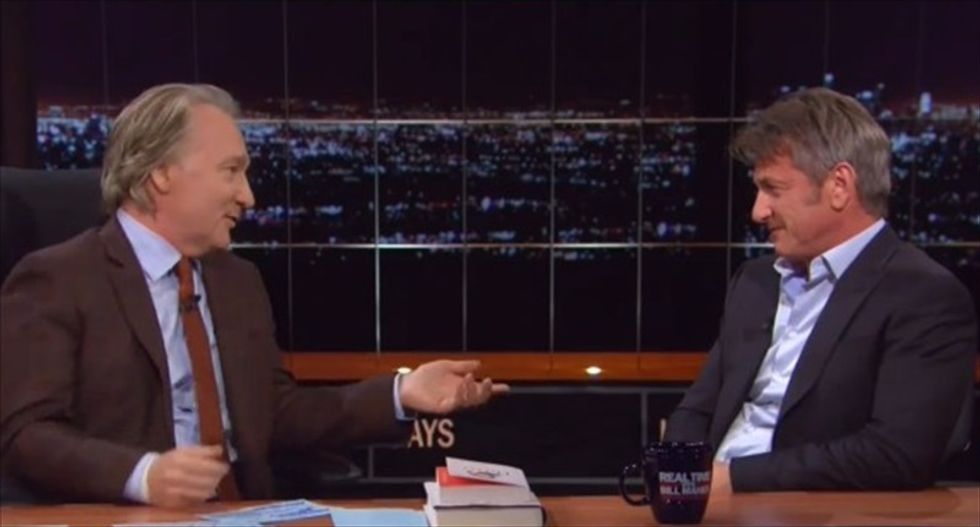 Real Time host Bill Maher expressed his sympathy for actor Sean Penn on Friday for the criticism he received for his "green card" joke at the Academy Awards last month.

"I just feel we're living in this country now where no one can make a joke," Maher said. "No one can have any nuance to what they say. We are just constantly hounded by the politically correct a*sholes out there who want to turn this country into a place that I don't want to live in."

"What it is is, the town hall has been expanded, with the Internet, with Twitter and the social media," Penn replied. "A lot of that is good. It's as good as those who listen and bring compromise and bring solutions to town halls. But as we know, most town halls are dominated by those who want to hear the sound of their own voice."

Maher said he "loved it" when Penn announced director Alejandro González Iñárritu's win for Best Picture by shouting, "Who gave this son of a b*tch a green card?" Penn was quickly blasted online for the remark.

"You actually are somebody who does something," Maher said to Penn. "I think most of these people on the Internet, they've never done anything good in their life. And they want to feel like they're the good people."