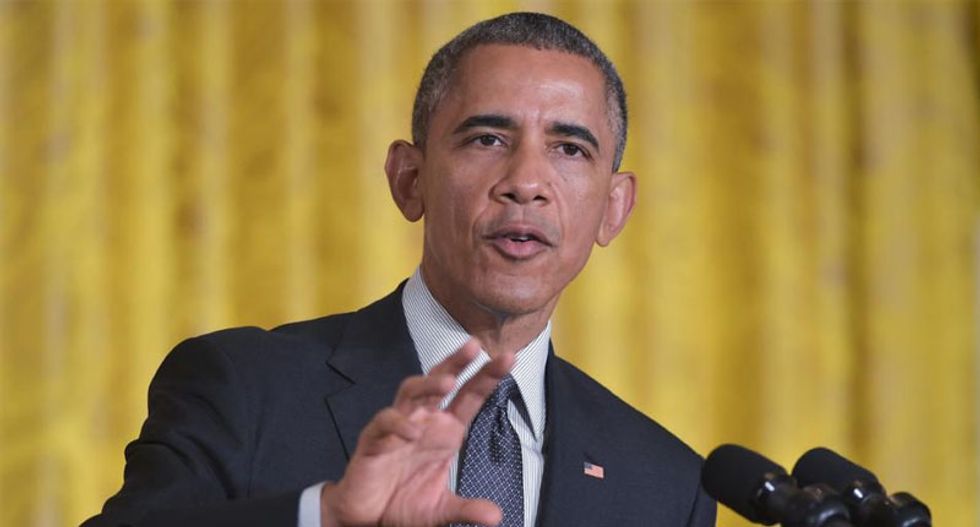 A bipartisan group of 56 Arizona state lawmakers have co-sponsored a resolution that would tell President Barack Obama and other political leaders that Israel was "granted her land" by God.

“Israel has been granted her land under and through the oldest recorded deed, as recorded in the Old Testament, scripture that is held sacred and revered by Jews and Christians alike, the acts and words of God,” Arizona’s Senate Concurrent Resolution 1019 begins.

The legislation was introduced on March 17.

The resolution says the state of Israel is recognized by international law, and describes the nation as “greatest friend and ally of the United States in the Middle East.”

The resolution goes on to note that Israeli Prime Minister Benjamin Netanyahu spoke before Congress earlier this month, where he warned against negotiating with Iran.

If approved, the resolution would officially declare that Arizona commends “Israel for its cordial and mutually beneficial relationship with the United States and with the State of Arizona and support Israel as a Jewish state in its legal, historical, moral and God-given right of self-governance and self-defense on the entirety of its own lands, recognizing that Israel is not an occupier of the lands of others and that peace can be afforded in the region only through a whole and united Israel.”

The legislation instructs Arizona's secretary of state to send a copy of the resolution to the President of the United States, Arizona’s representatives in Congress, and Arizona’s governor.