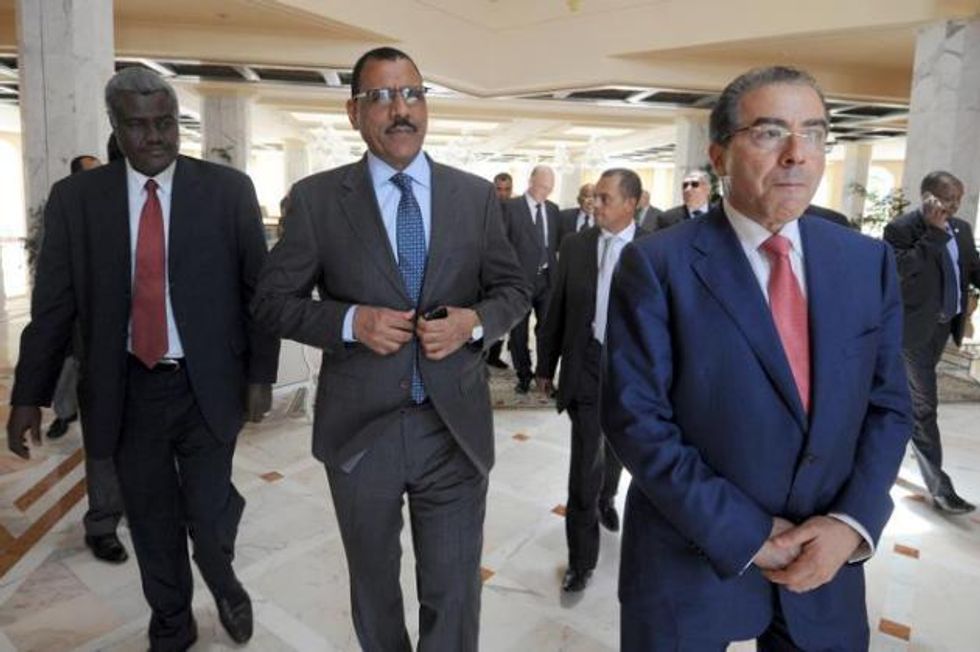 Boko Haram are no longer in a position to seize a single town in Niger, a Niger government minister said on Saturday, following a regional effort to boost the fight against the Islamist group.

Thousands of troops from Niger and Chad, which had gathered in southeastern Niger, launched a major ground and air offensive against the Islamist group last Sunday and succeeded in retaking the northeastern Nigerian town of Damasak.

"The situation is totally under control. There is no longer any chance that Boko Haram will take a city... The risks of attacks occurring are very much reduced by the elimination of all the potential actors," Mohamed Bazoum, Niger's Minister of State at the Presidency, said during a visit to Ivory Coast.

"It's a feeling of total calmness that prevails with the idea that Boko Haram is rather a thing of the past," he said.

He said the situation was a far cry from the "real, totally irrational panic" that had gripped Niger after the first attack by the Nigeria-based Boko Haram on its neighbour in early February.

More than 13,000 people have been killed and some 1.5 million made homeless in the Boko Haram conflict since 2009, while recent cross-border attacks launched from Boko Haram strongholds in Nigeria on neighbouring countries have increased security fears.

A regional coalition has claimed a series of successes in rebel-held territory in recent weeks, as part of an operation to clear and control northeast Nigeria in time for Nigeria's general elections set for March 28.

There has not been a Boko Haram attack reported in Niger for nearly two weeks.

Regional forces have been particularly active in the Gamboru area of Nigeria on the border with Cameroon. The borders of Nigeria, Chad, Niger and Cameroon converge in the region around Lake Chad.

Last week's joint Niger-Chad offensive that retook Damasak came the day after the leader of Boko Haram, Abubakar Shekau, pledged allegiance to the Islamic State (IS).

In doing so, the Nigerian militants joined extremists from Libya to Pakistan who have previously done the same, as IS looks to expand its reach.

In recent weeks, previously poorly produced Boko Haram videos have taken on the look and feel of more polished IS propaganda and been posted directly online, guaranteeing a wider audience.

Boko Haram had held Damasak, near the Niger border, since November 2014, part of a swathe of territory it had seized in Nigeria's northeast.

According to a Chadian security source, some 200 Boko Haram fighters were left dead in the offensive, while 10 Chadian soldiers were killed and 20 wounded.

On March 6, the African Union endorsed the creation of an additional regional force of up to 10,000 men to join the fight against Boko Haram.

The regional coalition already operating -- including troops from Cameroon, Niger and Chad -- has given renewed vigour to the previously lacklustre counter-insurgency.