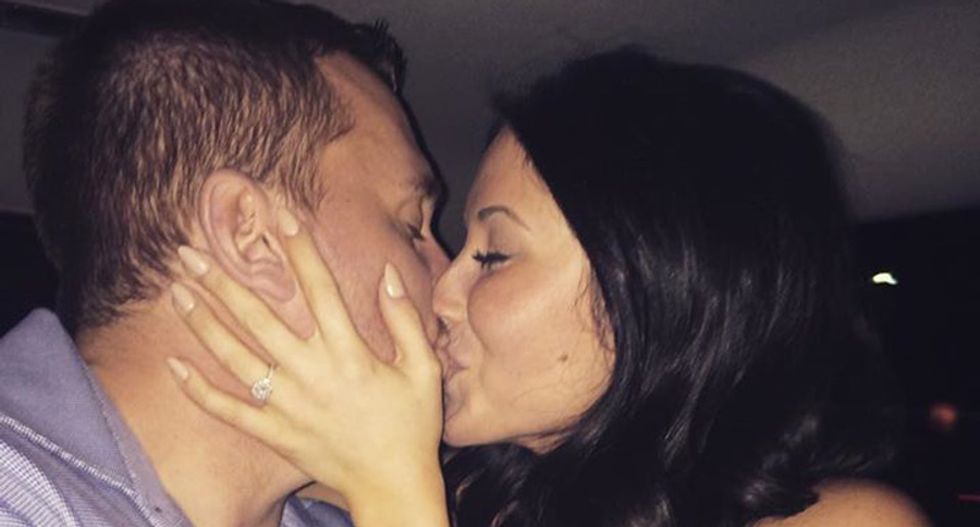 The eldest daughter of former Alaska governor Sarah Palin announced her engagement to a recipient of the Congressional Medal of Honor today on her Facebook page.

Meyer was the recipient of the rarely awarded Medal of Honor for his actions in 2009 near the village of Ganjga, Afghanistan, for single-handlely evacuating wounded soldiers and providing cover for his fellow Marines while under attack.  Meyer was presented with his medal in 2011 by President Barack Obama, who defeated Sen. John McCain and Meyer's future mother-in-law in the 2008 election.

According to a post on her blog, Palin said she met the former Marine when he came to Alaska to film an episode for her mother's reality show, Amazing America.

She stated that he recently proposed to her at a Rascal Flatts concert.

During the 2008 campaign, it was revealed that the then-17-year-old Palin was five months pregnant with the child of her high school boyfriend, Levi Johnston, and that the couple had plans to marry. Ultimately the engagement broke off  leading to an acrimonious separation that was played out in the tabloids.

Palin, who first became a spokesperson for sexual abstinence before going on to a brief career as a reality television star, has a 6-year-old son, Tripp, as the result of her relationship with Johnston.

Dakota Meyer was recently seen with Sarah Palin at a convention holding up a sign blasting filmmaker Michael Moore for his comments regarding the controversial film American Sniper.

The sign, held up by the smiling Meyer (on the left)  and Palin, read "Fuc- you, Michael Moore" with gun-sights drawn in the o's of Moore's name.