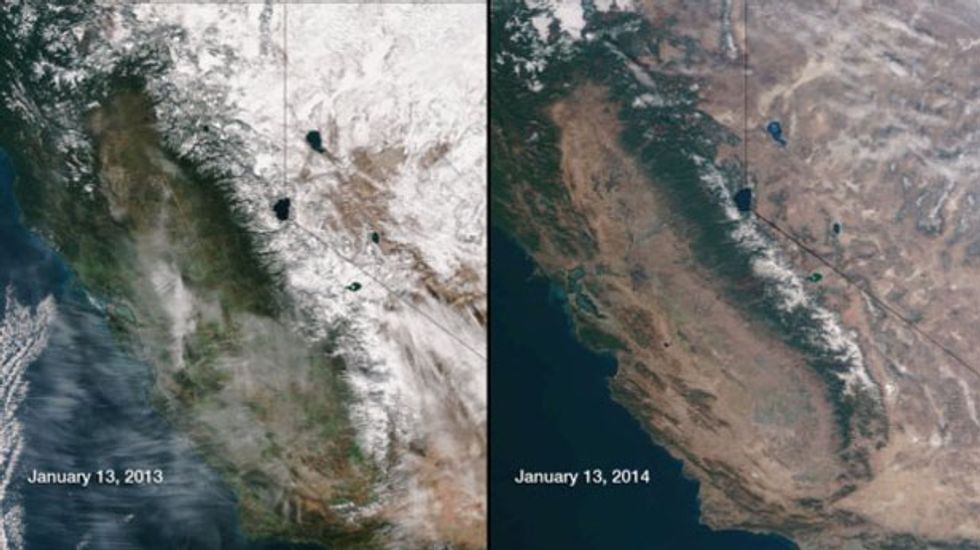 California Governor Jerry Brown signed emergency legislation on Friday that fast-tracks over $1 billion in funding for drought relief and water infrastructure within the parched state.

California is in its fourth year of a record-breaking drought, prompting officials to issue strict statewide conservation measures and to reduced water supplies for farmers.

“This funding is just one piece of a much larger effort to help those most impacted by the drought and prepare the state for an uncertain future,” said Brown in a statement. “Rain is not in the forecast and every Californian must be doing their utmost to conserve water.”

The aid follows actions by the State Water Resources Control to pass the most stringent statewide measures in the state's history, limiting outdoor irrigation and requiring bars and restaurants to serve water only when specifically asked by patrons.

California did experience rain storms in December and February that helped to fill some state's reservoirs higher than they were at this time last year, but most still have less water than historical averages show is typical.