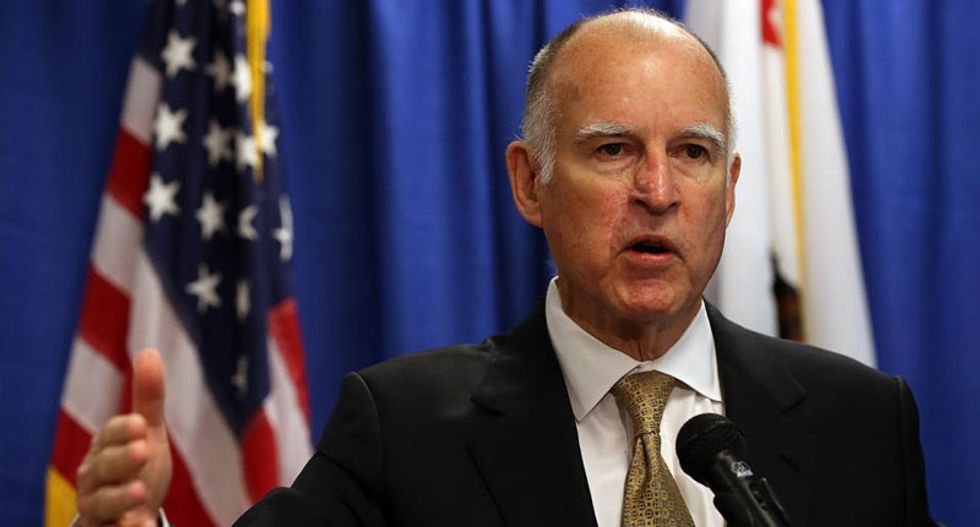 The proposed legislation would appropriate more than $1 billion in voter-approved bond funds to speed up water projects and programs and provide aid to struggling California cities and communities.

The state is entering the fourth year of record-breaking drought that has prompted officials to sharply reduce water supplies to farmers and impose strict conservation measures statewide.

"As the drought continues there will be a heightened sense of urgency and we'll act in extraordinary ways," Brown, the state's popular Democratic governor, told reporters at a press conference to announce the measures.

The state Water Resources Control Board earlier this week imposed new drought regulations earlier this week, outlawing lawn watering within 48 hours of rain and prohibiting water from being served in restaurants unless a customer requests it.

Consumer rights group Food & Water Watch responded that the governor and legislators were putting too much of the burden from the drought on Californians.

"Governor Brown is penalizing Californians for their water use but is giving a free pass to agriculture and oil corporations that are over-pumping and polluting our state’s dwindling groundwater supply," the group said in a statement.

In California, the drought lingers despite storms that brought some respite in December and February. The storms helped fill some of the state's reservoirs higher than they were at this time last year but most still have less water than historical averages show is typical.

The Sierra Nevada snow pack, which melts in the spring and provides up to a third of the state's water, stood at 12 percent of normal on Tuesday.