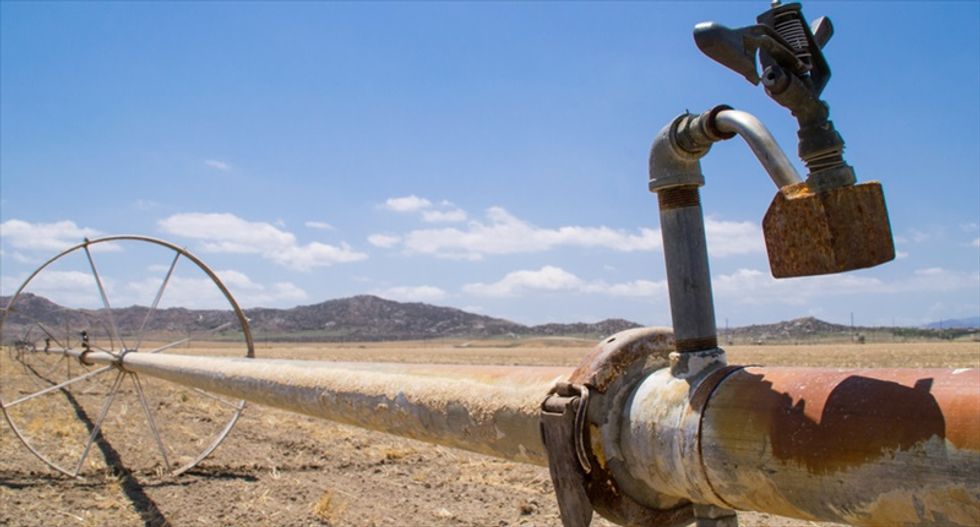 Water regulators in California voted on Tuesday to outlaw watering the lawn within 48 hours of a rainstorm, the latest effort to spur Californians to conserve as the state enters its fourth year of drought.

Facing a dramatic slowdown in voluntary conservation efforts by property owners, the state Water Resources Control Board also tightened conservation rules in other ways, prohibiting water from being served in restaurants unless customers request it, and forbidding lawn-watering more than twice a week.

"I am sorry we have to do this," Board Chairwoman Felicia Marcus said before the vote. "But we are not seeing the level of stepping up and ringing the alarm bells that the situation really warrants."

California is the only U.S. state to regulate water use in this manner, Marcus said.

The drought lingers on despite storms that brought some respite in December and February. The storms helped fill some of the state's reservoirs higher than they were at this time last year, but most still have less water than historical averages show is typical.

The Sierra Nevada snowpack, which melts in the spring and provides up to a third of the state's water, stood at 12 percent of normal on March 17.