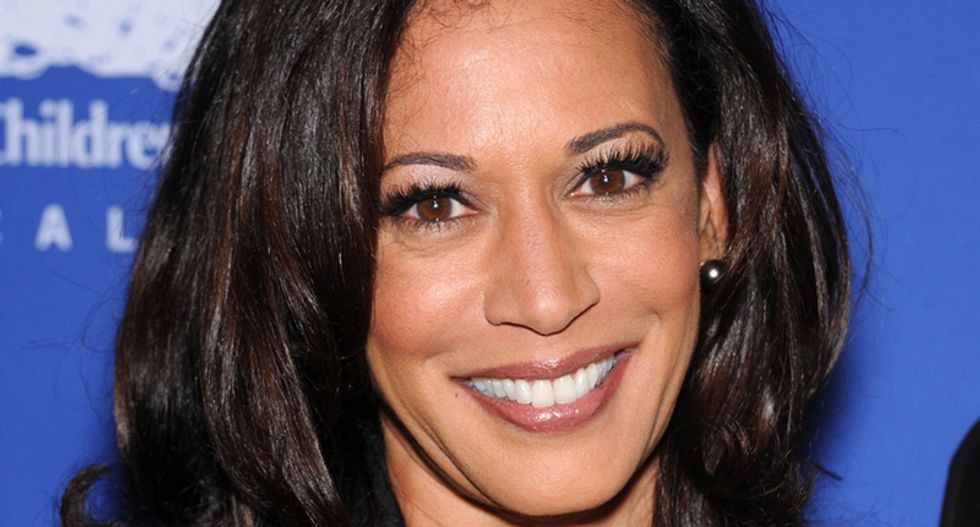 A proposed California initiative calling for “sodomites” to be “put to death by bullets to the head or by any other convenient method,” currently sits on the desk of California’s attorney general, requiring her to title and summarize the ballot measure, according to the Sacramento Bee.

Attorney General Kamala Harris, the front runner to replace retiring Senator Barbara Boxer, has until May 4 to prepare the initiative before forwarding it to the Secretary of State allowing supporters to then go forward and collect the 365,000 signatures needed for it to be placed on the 2016 ballot.

Huntington Beach attorney Matthew McLaughlin submitted a proposal, along with a $200 filing fee, in late February, titled "The Sodomite Suppression Act," calling for the death of "sodomites" rather than expose other citizens of the state to "be killed by God’s just wrath against us for tolerating wickedness in our midst."

According to McLaughlin's language, which must be summarized by Harris, “The abominable crime against nature known as buggery, called also sodomy, is a monstrous evil that Almighty God, giver of freedom and liberty, commands us to suppress on pain of our utter destruction even as he overthrew Sodom and Gomorrha.”

The initiative calls for "any person who willingly touches another person of the same gender for purposes of sexual gratification be put to death by bullets to the head or by any other convenient method.”

According to the Secretary of State's office, "Upon receipt of the fee and request, the Attorney General will prepare a circulating title and summary, which will be the official summary of the initiative measure. (Elections Code section 9004(a).)”

While it is likely the proposal may never make it to the ballot due to lack of signatures or because it has been blocked by the California Supreme Court as  unconstitutional, Harris is still compelled by law to title and describe the initiative for her fellow Californians.

According to election lawyer Tom Hiltachk, Harris has little leeway at the moment to block the proposal.

“While you might say that this initiative is ‘clearly’ illegal (and I would agree), the notion of what is or is not ‘clearly’ illegal is not always so cut and dried,” Hiltachk wrote in an email to the Bee. “If you give the (attorney general) discretion, there may be cases in which she refused to issue a title and summary asserting that the measure was ‘clearly’ illegal.”

This is not the first time McLaughlin has proposed a controversial law.

In 2004, the attorney who is now the focus of a petition calling for his disbarment, sought a ballot measure to provide public school students with a Bible as a literary text.

That proposal never made it to the ballot.