Christian charities preach helping the less fortunate -- unless you're gay 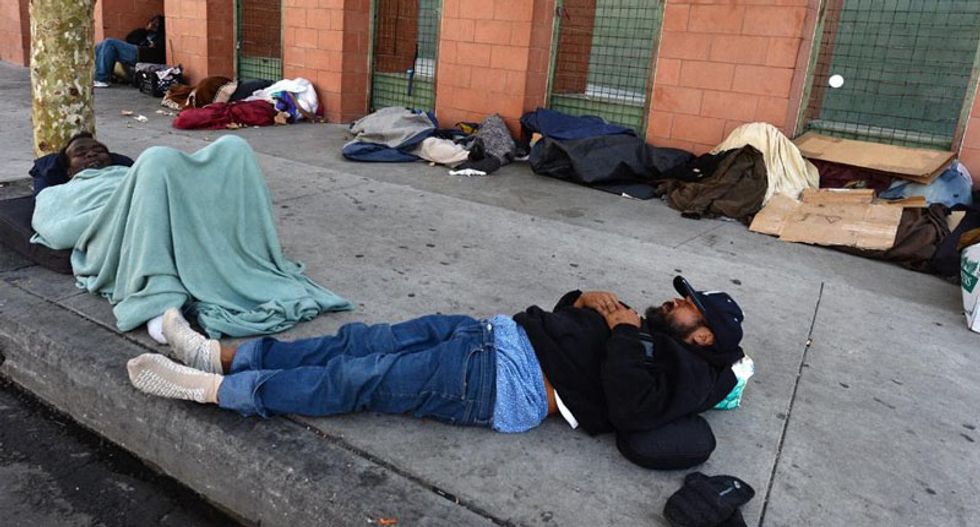 A planned bake sale had to be abruptly cancelled last week, after student members of the unofficial LGBT group, AULL4One, were told they couldn’t raise money on campus for a Chicago-based homeless organization, Project Fierce , because the western Michigan university felt the charity didn’t align with its mission.

“Andrews University recognizes the special challenges facing LGBT youth and believes that efforts to help them are worthy”, the university said in a statement released on March 10. “[But only those] whose mission and practices do not conflict with those of the University”, referring to the LGBT grassroots organization.

Their “mission” suggests they would help LGBT homeless organizations, as long as they don’t “advocate behaviors contrary to Adventist beliefs”. (Read: actual acceptance of the youth being LGBT.)

When I asked Stephen Payne, the vice-president of integrated marketing and communication at the university, how they can refuse to help LGBT homeless youth – many of whom are homeless due to rejections caused by religion – despite finding them “worthy” of support, he did not answer.

Instead, he blamed the students who decided to plan the event without permission from university for the stand-off.

Dori Moore, a junior at AU and one of the students who organized the bake sale, told me: “The problem is that Project Fierce is an affirming organization that doesn’t say anything to the effect of ‘we don’t condone practicing homosexuality’.”

Outside western Michigan, the cancelled bake sale is just one of countless examples of when Christianity doesn’t work to help the most oppressed groups – continuing to spread beliefs that directly harm LGBT people here in the US.

From their battle against marriage equality to their insistence on offering discredited conversion therapies – in which churches try to make people LGBT people straight – the Religious Right has stayed fixed on blocking LGBT equality.

After speaking with AU students and staff, I spoke with Abigail Muldoon, a graduate student at DePaul University, the largest Catholic University in the US, about the bake sale and her research to better understand why Christians are so bent on hurting certain minority groups.

“It’s ‘Divine Discrimination’,” she told me, a term she uses to discuss the phenomenon of using Christian beliefs to justify minority harassment.

“Discrimination justified by Christian beliefs may be particularly harmful, as faith carries powerful weight ... how do you argue with someone who believes they are doing God’s work when hurting the LGBT population?”

But for how long will they be in a position to discriminate?

New data from the American Values Atlas show that, for the first time in history, only 47% of people in the US identify as Protestants – and that number is falling. Conservative Christians are becoming a minority, just like the LGBT community.

But even if conservative Christians don’t disappear entirely, that doesn’t mean discrimination will be here to stay. Moore has hope in religion and LGBT people: “I think that LGBTQ rights and Christianity could align beautifully” she said, adding: “Unfortunately, Christianity and the Seventh-Day Adventist Church don’t always reflect this origin.”

Muldoon, who is a devoted Christian, echoes Moore’s view that LGBTQ community and Christians need not necessarily be at odds. She made sure to mention that without a doubt: “There is no way Jesus would have stopped that bake sale.”

“He would have been the first one in line.”