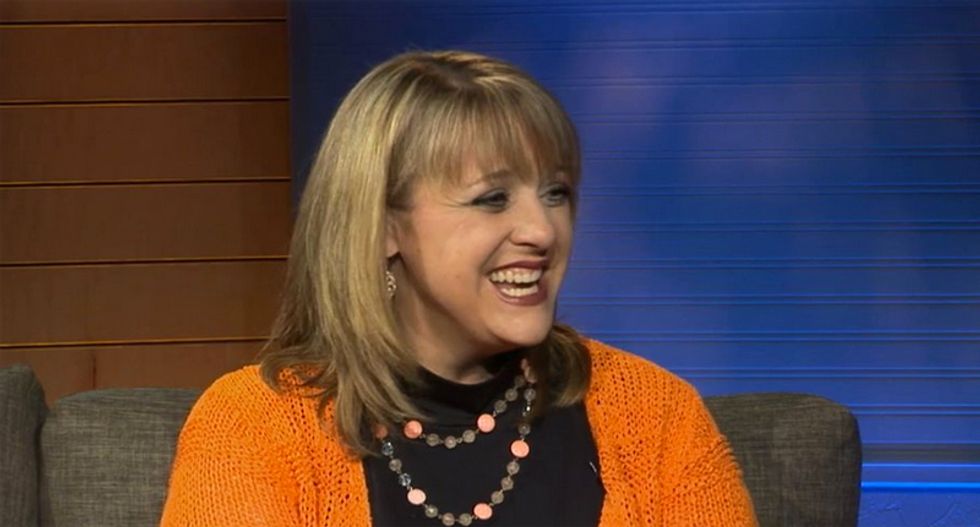 Appearing on God Knows with hosts Cindy and Mike Jacobs, Christian minister Rebecca Greenwood explained that she first became aware of her gift of prophecy when she discovered she had the ability to predict what was going to happen in movies.

Greenwood, who is the president of Christian Harvest International, explained that she felt her first inkling of her prophetic abilities at a Benny Hinn revival in Houston. After accepting an "anointing" from Hinn, she claims she collapsed.

"I was in the throne room," she explained."I was feeling no pain. I was literally in the throne room at the feet of Jesus. I began to weep and say 'Lord, this is everything I have ever wanted. I don't want to go back, don't send me back,' and he said,'Becca, you have a husband, you have a daughter, you have more children.' That personal encounter with the Lord, nothing else can compare, right?"

Greenwood then went on to describe becoming aware of her prophetic powers, explaining that, not only did she predict that killer bees would be coming to the U.S. from Africa, but that when she went to the movies with her husband she could predict what was going to happen next.

Cindy Jacobs, who also claims to have the gift of prophecy, interrupted her to lament, "You know, my gift doesn’t work like that at movies, and I don’t go to that many, but Mike’s does. And I hate that! I go, 'Now, I do not wanna know the outcome,' you know, I deal with nations…"

"And that’s not prophetic with me," Mike Jacobs said over her.

Greenwood went on to explain that she she knows what is going to happen to family members because God shows her in her dreams.

The video can be viewed at Encounters with God.