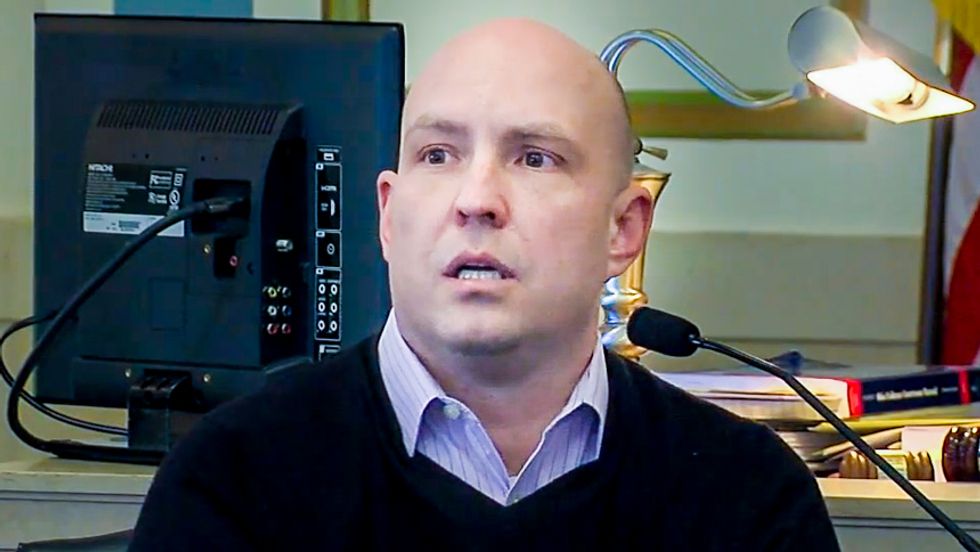 A former Cincinnati talk radio host who admitted shooting his wife during a dispute was sentenced to 60 days of time already served on Wednesday.

Blake Seylhouwer, the former host of Small Business Sunday on 55 WKRC (AM Radio), was accused of intentionally shooting his wife, Misty, last year and then telling police that the rifle had accidentally discharged.

Investigators later determined that Seylhouwer fired the rifle on purpose when his wife turned her back on him to walk away. The shot struck the driveway of the couple's home, sending bullet and concrete fragments into her chest, leg, neck, and head.

The two had been arguing that day after his wife demanded that he move out of the house. Seylhouwer told a court last month that he "must have hit the trigger," but he didn't mean to.

On cross-examination, Seylhouwer admitted saying that he had a ".30-06 [rifle] with a goddamn scope on it. If I wanted to hit a f*cking freckle on her forehead, I could hit it."

A jury found Seylhouwer guilty on two counts of negligent assault, but it declined to find him guilty of felonious assault. Jurors were also hung on a domestic violence charge.

On Wednesday, Hamilton County Common Pleas Court Judge Robert Winkler sentenced Seylhouwer to 60 days in jail. But he was allowed to remain free because he had already served three times that amount while waiting for trial.

Prosecutors said that Seylhouwer could face trial again on the domestic violence charge.