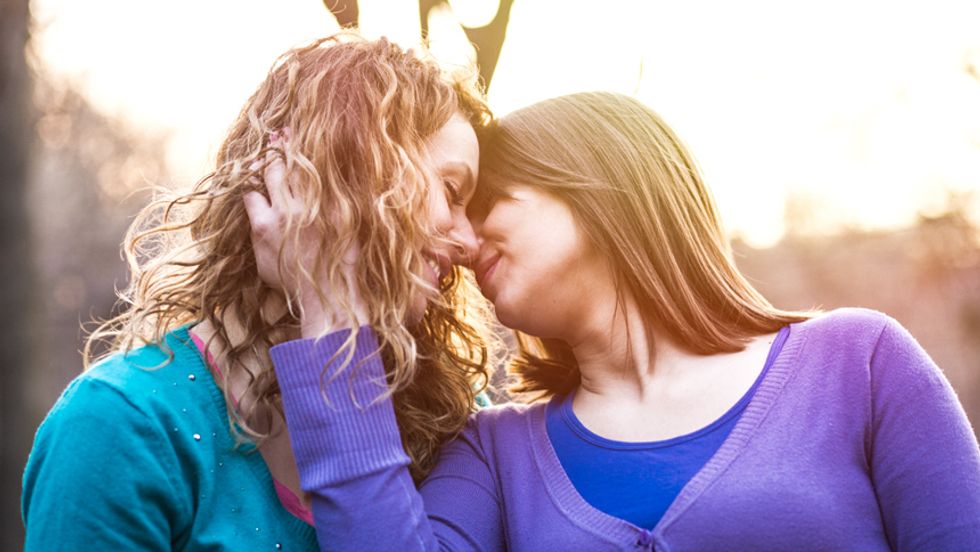 The college political group Young America's Foundation (YAF) has refused to participate in mandatory LGBT sensitivity training at George Washington University on the grounds that they should have a "religious exemption," and they argued that gay and lesbian students were the ones who needed mandatory classes about respecting "traditional marriage."

Student newspaper The GW Hatchet reported last week that the Young America's Foundation had accused GW's Student Association of "not really being very tolerant of all religious beliefs" because of proposed mandatory diversity training sessions for all student group leaders.

“The way that people who are deeply Christian behave is for a reason, and if you’re training them to change that behavior, there’s obviously a problem with that," GW YAF President Emily Jashinsky told the student paper.

According to Jashinsky, the training would include things that YAF members "don't believe in" like learning to use the proper pronouns for transgender students.

YAF, which describes itself as the "principal outreach organization of the Conservative Movement," is best known for inviting controversial speakers to college campuses. The group has scheduled possible Republican presidential candidate Rick Santorum to speak at GW next month.

However, even the president of the College Republicans at GW has advised that sensitivity training was a good idea.

"Regardless of your views on LGBT people, LGBT people exist," President Alex Pollock noted. "It should be mandatory from a sensitivity perspective."

Allied in Pride, a pro-LGBT group at GW, argued that Young America's Foundation should be labeled a "hate group" if members refused to abide by Student Association rules.

“The Young America’s Foundation is a political organization, not a religious one, so they cannot seek a religious exemption,” the group pointed out in a message posted to Facebook, according to The College Fix. “And their refusal to use preferred gender pronouns should be considered an act of violence and a violation of the non-discrimination clause required in all GW student organizations’ Constitutions.”

Amanda Robbins, co-president of YAF, observed that calls had already been made to strip the group of its funding.

She said that those “illegitimate claims from individuals and students organizations but not from the Student Association or the university (yet).”

But YAF “could very well lose funding" if members claimed a religious exemption and refused to participate in LGBT sensitivity training, Robbins added.

"Why is there not sensitivity training for gay and liberal groups to respect the free speech rights of other groups on campus?" YAF vice president Patrick X. Coyle wrote on the group's website. "Why has the student association not considered similar training to teach students to respect those who believe in traditional marriage?

"The hateful atmosphere that currently exists at The George Washington University will remain as long as the university allows liberal bullies to intimidate and attack students or clubs that dare to express opinions different from their own."