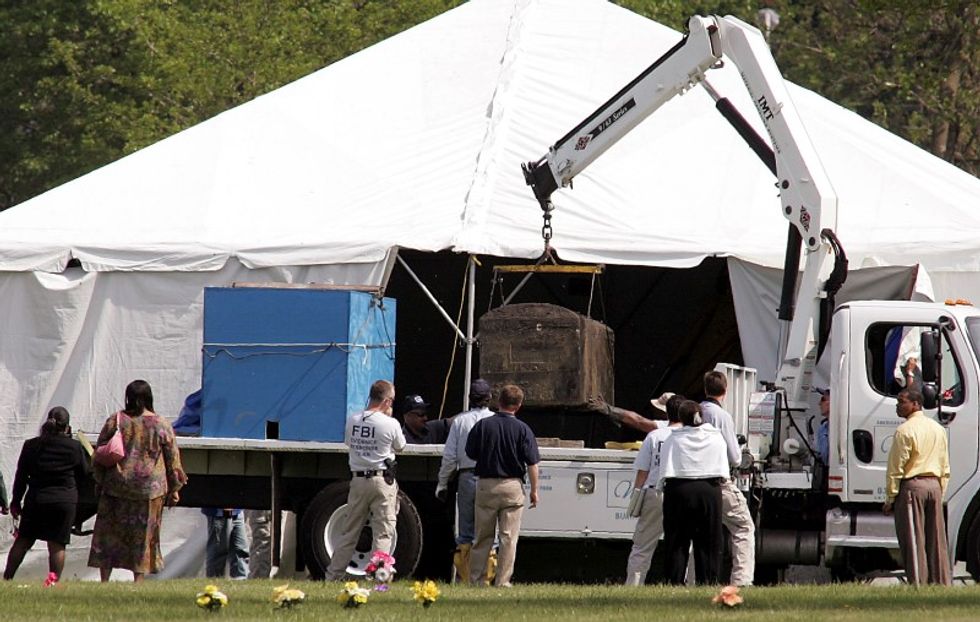 Six decades after the brutal slaying of Emmett Till, a 14-year-old black boy, the small Mississippi Delta town where two white men were acquitted of his murder is dedicating a museum to the event credited with helping spark the U.S. civil rights movement.

The opening in Sumner on Saturday of the Emmett Till Interpretive Center is timed to coincide with the reopening across the town square of the refurbished Tallahatchie County Courthouse, where an all-white jury set Roy Bryant and J.W. Milan free after deliberating for one hour.

The museum's exhibits detail the 1955 murder and key moments in the trial, which attracted wide attention at the time.

Months after the trial, the pair confessed in a paid magazine interview to abducting and killing Till, who had been visiting from Chicago, in what they said was retribution for his having whistled at Bryant's wife.

Work on both projects in the struggling town of a few hundred people began after the Tallahatchie Board of Supervisors issued a formal apology over the Till affair in 2006. It also established the Emmett Till Memorial Commission to bring attention to a racially charged incident that had for decades gone mostly undiscussed locally, said commission co-chairman John Wilchie.

"For a long time, the people in Tallahatchie County were afraid to even talk about it," he said.

A public ceremony to celebrate the twin projects was set to take place on the square, which looks much as it did when journalists from around the world descended on it 60 years ago, and will feature speeches from Mississippi political leaders along with musical performances.

Museum director Patrick Weems said his facility, which features the only publicly available library in town, together with the restoration of the courthouse, has helped foster a long overdue sense of racial reconciliation in the area.

Coinciding with the renovation of several buildings on the square, along with the opening of an art gallery and a restaurant, the projects have also helped rejuvenate Sumner, he said.

"I don't think it's a stretch to say the courthouse has saved the town," he said.