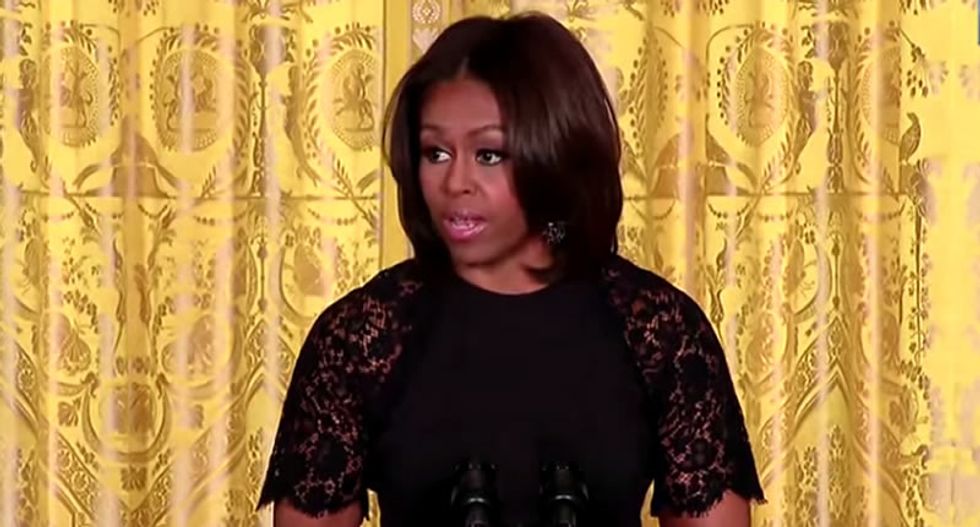 Conservatives are outraged that First Lady Michelle Obama hosted a celebration of Nowruz, the Persian new year, at the White House -- despite the fact that it was the George H.W. Bush White House that introduced the tradition of presidential Nowruz greetings in 1992.

"I think it’s so fitting that we are holding this celebration here today because, one of my favorite things about the White House is how it is truly the people’s house. A house that reflects the diversity of culture and traditions that make us who we are as a country," the First Lady said. "And Nowruz is one of those traditions."

Conservatives disagreed, claiming that there were more sinister motivations behind this year's Nowruz celebration.

"Obama is trying to salvage his failed presidency by cutting whatever deal he can make with Iran," Breitbart's editor-at-large John Nolte wrote. "For that reason we get to watch the First Lady pretend she cares about any of this. The Iranians most certainly know it was all for show. But that’s what they appreciate — that fact that Obama is desperate enough to put on this show."

Downtrend's Brian Anderson wrote that the celebration was all about optics.

"With her husband desperate to make a sucker deal with Iran to allow the rogue Muslim nation to develop nuclear weapons, First Lady Michelle Obama thought she’d get into the spirit of things by hosting an Iranian New Year celebration at the White House on Wednesday."

The response on Twitter was equally -- if not more -- vituperative:

These arguments presumably do not apply to the statement made by George W. Bush in 2007 in which he said that "America is strengthened by the rich cultural diversity of our people, and we are blessed to be a Nation that welcomes individuals of all races, religions, and cultural backgrounds. Celebrating Nowruz honors the values of family and tradition and helps preserve the unique fabric that makes up our country."

Watch the First Lady's welcome speech below via YouTube.