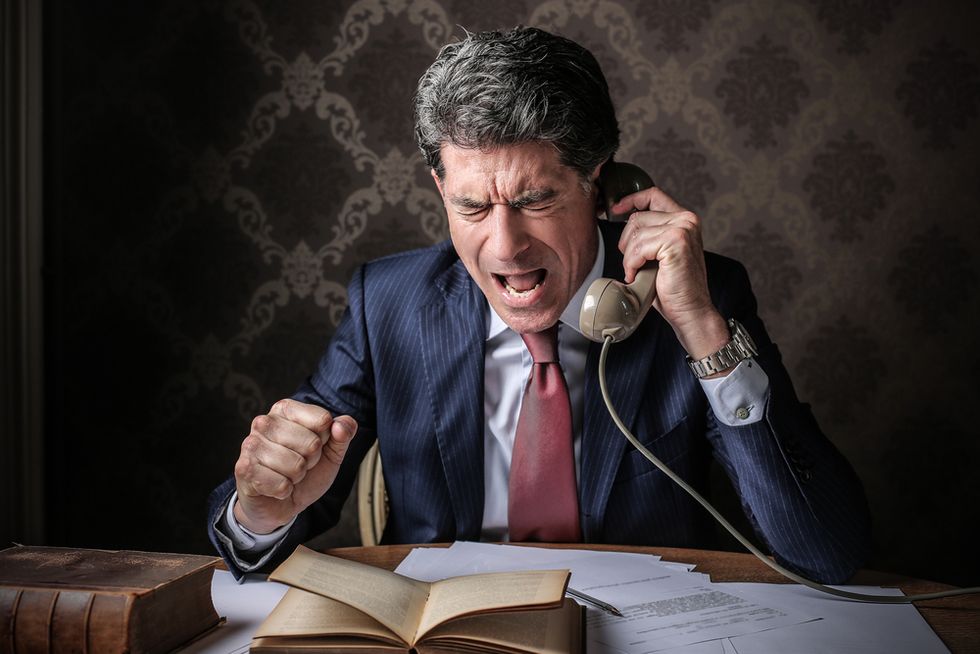 A coalition of angry conservative Catholics is attempting to exert pressure on church officials in New Jersey and force them to side with a teacher who was suspended from her job at Somerville, New Jersey's Immaculata High School.

According to MyCentralJersey.com, Patricia Jannuzzi was placed on administrative leave after she posted a string of inflammatory, anti-LGBT comments to her personal Facebook page.

The Catholic group -- called the Lepanto Institute -- have taken out radio attack ads against Bishop Paul Bootkoski of Metuchen, New Jersey, accusing the clergyman of siding with liberals against the teacher, who said that same-sex marriage is part of a plot to "reengineer western civ into a slow extinction."

On March 8, Jannuzzi wrote on Facebook, "We need healthy families with a mother and a father for the sake of the children and humanity!!!!!"

The statement was part of a rant against same-sex marriage in which the teacher said that the LGBT "agenda" is "one minute they argue they were born this way and it is not a choice to get 14th Amendment rights equal protection...bologna...which was carved for permanent characteristics, unchangeable characteristics such as race or disability...but once they in [sic] the 14th Amendment they will argue everyone should be able to choose being they [sic] gay or lesbian lifestyle...in other words they want to reengineer western civ into a slow extinction."

A former student of Jannuzzi's published the rant on Twitter, which went viral when it was retweeted by actress Susan Sarandon. Jannuzzi was suspended by the school on March 13.

In another post, Jannuzzi asserted that "homosexual behavior is a choice...sometimes violently taught." She wrote about one lesbian relationship, "Between this and many Egyptian men being beheaded...when will the evil stop[?]"

She fretted that same-sex marriage is "weakening" the U.S. to the point that ISIS and other Islamic groups will be able to subjugate the population.

"A dictatorship of non fertile marriage mandated by secular materialists making our country so weak we cannot fight the dictatorship of Militant Islam," she lamented. "God help us!"

School officials, Jannuzzi's parish pastor and Bishop Bootkoski have all backed away from Jannuzzi's rantings, calling them indefensible and "disturbing."

Lepanto's ad will air during Rush Limbaugh and Sean Hannity's shows on Tuesday and urge listeners to "Call Bishop Bootkoski now" and "ask him whose side he's on: Catholics who defend our faith or Hollywood liberals who mock it."

Jannuzzi and her family have set up a fundraising page in an effort to raise $100,000, saying that the teacher has been stripped of her salary and benefits.

Bootkoski said, however, that Jannuzzi is on paid administrative leave and will continue to receive her salary at least through the end of her contract with Immaculata High School in August of 2015.

A spokeswoman for the bishop's office said, "decisions for all teaching positions for the 2015-2016 academic year are made later in the spring."

She continued, "We are baffled and disappointed that there has been a website soliciting funds that is filled with misinformation."

Watch a video of the attack ad, embedded below: