Conservatives want liberals to date other people, not grab the first Hillary who comes along 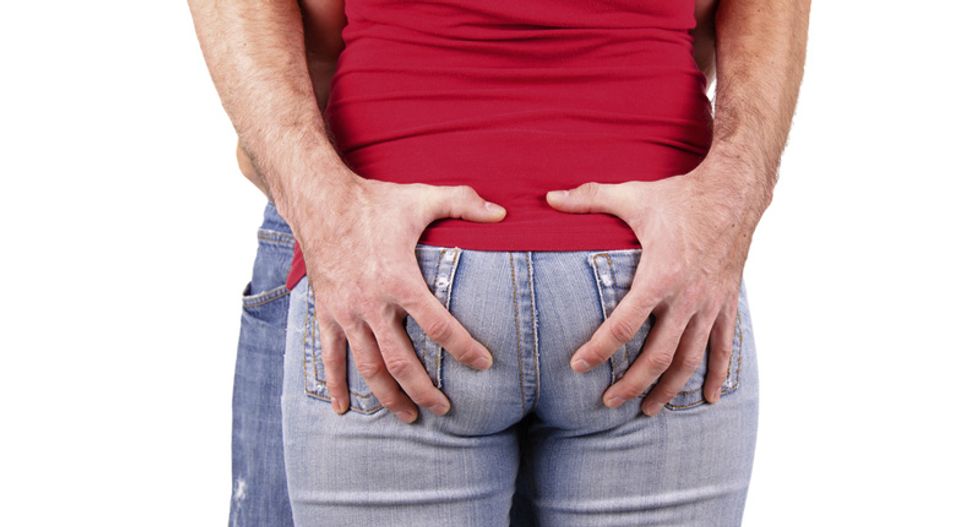 Reach for the moon, you guys (Shutterstock)

In what can only be described as a gesture so monumentally unselfish and magnanimous it makes Jesus Christ look like Ayn Rand, conservative writers from across this great land of ours are setting aside their differences with liberals to offer up some loving advice completely divorced of any ulterior motives.

Addressing Democrats (or as they like to call them: "Muslim-humping 'Murica-hating commiefaghomo baby killers,"  or "libtards" if they're into that whole brevity thing, or 'Morans" if they are in the Tea Party) conservative writers are super concerned that liberals are way too starry-eyed over Hillary Clinton's electoral prospects in 2016 when there are so many other fish in the sea.

Despite the seven year courtship that began with her first presidential run -- to say nothing the eight years that she was in the White house as First Lady -- what do we really know about Hillary? I mean, really? Who is this woman?

Their concern stems from Hillary's recent email problems -- the Katrina  or 9/11 of VPN's -- and don't people understand that this is a big  honking deal if you're a pundit tasked daily with providing "content" during a political season chock full of policy disputes. I mean, who wants to write and read that crap, right?

So, despite the fact that the public is 83 percent "meh, whatevs, we've seen this witch hunt before, what else you got?" about the latest ephemeral "scandal," the always-forward-looking conservative writers are charting a future back-up plan for Democrats because they care. Truly. Madly. Deeply.

Over at 'whatever it is, I'm against it' Slate, Ross Douthat's old writing partner, Reihan Salam, is just as concerned about Democrats marrying Hillary in haste as Ross is that women don't get married at all before acting like common succubi and whores.

One nevertheless wonders whether the latest Clinton miniscandal will lead at least some Democrats to think, Hey, why not run for president? What exactly do I have to lose? If nothing else, a 2016 presidential campaign would lay the groundwork for a future run, when there will be no Clintons blocking the way.

Salam gives lip service to the three most often mentioned opponents - Bernie Sanders, Martin O'Malley, and Elizabeth Warren who has stated emphatically that she is not running, yet if she were to somehow to go live on Mars, Politico wouldn't miss a beat, running "Can Elizabeth Warren run for President from Mars" think pieces -- before moving on to several alternatives.

There is former Massachusetts Gov. Deval Patrick -- along with three Democrats who, if you are average-Joe-voter who only tunes into the presidential election on election day to vote like it's the American Idol finale, they are as unknown to the masses as the name of the guy who played bass in Van Halen. Yeah, that guy, The chubby one with the beard. Him. Chubby bearded bass-guy.

For the record, they (not including the Van Halen guy) are Sherrod Brown, Ron Wyden, and Amy Klobuchar -- all of them wonderful intelligent liberal people who are not particularly known for lighting up a room with starbursts.

And, let's be serious: both parties have their respective 40 percent locked up -- all that is left is flashy marketing to the squishy middle that wants to wooed and dazzled and flattered.

What can I say? It's Slate and Michael Bloomberg as the 2016 Democratic nominee is the Slate-iest Slate pitch in the history of Slate. Or at least since 'Creed is Good.'

Over at National Review, David Harsanyi is bewitched, bothered and bewildered that Democrats aren't looking past the end of their polls that show Hillary is the odds-on favorite in 2016.

Many Democrats probably feel as if there’s no other viable choice. But despite the generous treatment she’s received from the media...

Hillary may well win the presidency for a number of reasons that have nothing to do with her charisma or acumen. But the next four to eight years would be about the drama surrounding Hillary. She’s not even officially running yet, and it’s already all about Hillary. (Even much of the liberal punditry has acknowledged that her troubles are mostly self-inflicted.) It would almost surely be four to eight years of putting out fires that have nothing to do with policy. Democrats may ask themselves whether that could work. What they should be asking themselves is whether it would be worth it.

Harsanyi has a point.

Despite the fact that Obama is a Kenyan-born Muslim who "palled around with terrorists," sold guns to Mexican drug lords, used the IRS to target conservatives, hates America, hates white people, hates our military, hates our flag, personally murdered our ambassador in Libya,  and wants to tax people to death in order to pay for 'Obamaphones' which he will hand out as a gift for visiting a free Obamacare clinic during the annual "Abortion Days!" spring two-for-0ne sale.

So please choose wisely Democrats. Maybe a  little less drama next time. And think about the person you want to spend four to eight years with that you can also bring home to an approving GOP mom and GOP dad.

And such a snazzy dresser...