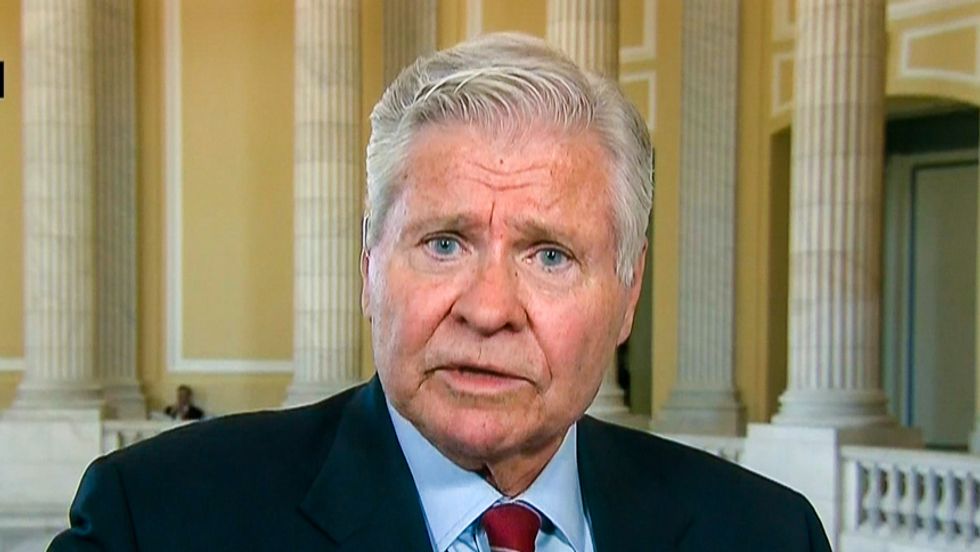 Sons of Confederate Veterans spokesperson Ben Jones suggested on Monday that the state of Texas was discriminating against his "DNA" because it was refusing to put Confederate flags on license plates, which he said Dr. Martin Luther King would have supported.

Although most Southern states offer specialty Son of Confederate Veterans license plates featuring the Confederate flag, Texas has refused to allow the plates based on the claim that it would represent government speech. The Supreme Court was expected to take up the case on Monday.

Jones, who is a former Democratic congressman and portrayed Cooter Davenport on the 1980s TV show "The Dukes of Hazzard," told CNN that the Supreme Court would find in favor of forcing Texas to accept the Sons of Confederate Veterans plates.

Jones insisted that his group wanted "reconciliation in the South and among the races."

"That was what Dr. King wanted, and these tactics that they're using are very divisive, they're very offensive to us," Jones said. "But don't paint us as something we're not, and that's some the state of Texas is saying and doing, that we are somehow, by nature of our DNA, offensive! Well, I find that offensive."

According to Jones, he was "very active in the Civil Rights movement" and he "went through the whole thing with Dr. King."

CNN host Randi Kaye wondered if a ruling in favor of the Sons of Confederate Veterans would "open the door to anti-Semitic license plates, pornographic plates, plates that benefit the KKK."

"It ends where common sense ends," Jones insisted. "And it ends where the state of Texas, by good reasoning, will draw that line. Obviously, terrorists destroy America, people who break the law who are indeed hateful, I can understand that argument. But this is not about that."

Watch the video below from CNN's Newsroom, broadcast March 23, 2014.