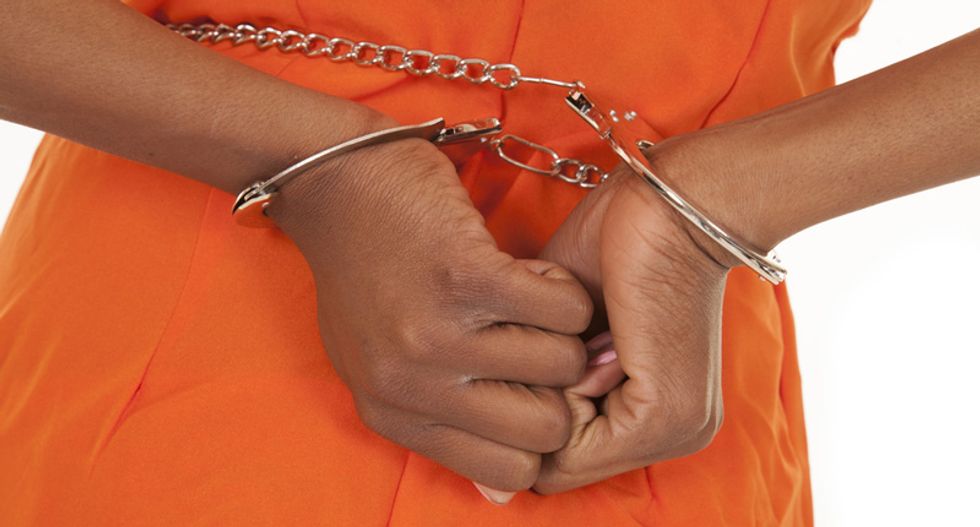 Washington D.C. police investigators are looking into how the department botched the rape case of an 11-year-old almost seven years ago,  arresting her instead for filing a false report, reports The Washington Post.

According to her parents, even though their daughter, Danielle Hicks-Best [who allowed her name to be used in the story], showed signs of sexual assault, she was charged with filing a false report and they agreed to a poorly worded and confusing plea bargain on her behalf making her a ward of the state.

Since that time, Hicks-Best has spent years in and out of detention and secure treatment centers, when she wasn't running away.

“After 11, she lost the rest of her childhood,” said Danielle’s foster mother, Veronica Best, who along with her husband Mayo have pushed the police to reopen her case and go after the men who assaulted her.

In 2008, Danielle was repeatedly raped by two men in a basement apartment which was reported to the police after she had gone missing overnight. A rape kit taken at  Children’s National Medical Center proved conclusively that she had been sexually assaulted, yet detectives failed to follow up, even after she took them to the scene of the crime.

Less than one month later, Danielle was abducted once again and raped by a different man and then later by the same men from before. After being released, she was driven home by a passerby, and then taken to the hospital again by her parents where a detective came to speak with her.

Detective William Weeks of the Youth Investigations Division tracked down one of the men accused of raping her. But the 22-year-old man said the 11-year-old girl had claimed she was sixteen and was willing to have sex with any men in the house. Weeks confronted her about the assault and he said her story became confused and muddled.

“Over the next three-hour period, the Complainant proceeded to tell Detective Weeks a myriad of stories. . . . In the presence of her parents the Complainant continuously changed her stories whenever confronted with inconsistencies from the previous tale. It became apparent that the Complainant was determined to get any story across that she could, regardless of how incredible it might be,” Weeks’s report said

In a recent interview, Hicks-Best said, “I don’t remember giving lots of different accounts. What I remember was being confused, and I was exhausted, and I was still wearing the same clothes and I felt horrible.”

Although a rape kit once again showed that she had been sexually assaulted, Weeks went to the  Office of the Attorney General and requested  a custody order so he could charge her with making a false police report, which was granted. Weeks then marked the child sexual abuse case as “closed.”

In an internal email uncovered by the Washington Post, one police lieutenant called her “promiscuous” and stated that the “sex” consensual, despite the fact that at 11-years-old, the act constituted statutory rape.

Working from Weeks' report which called the sexual assault accusations "unfounded," a warrant was issued for the arrest of the young girl, now 12-years-old, who turned herself in and was taken away in shackles  by police.

While Danielle's foster mother admitted that she was difficult child, with severe behavioral, academic, and mental-health issues associated to  drug exposure and physical abuse she suffered from her birth mother, a crack addict, she feels the police did a poor job handling her case, only to victimize her further.

“I was desperate for the police to do their job six years ago and get those guys off the street and away from Danielle,” Veronica Best said. “It’s hard not to be angry when she was the one locked up and labeled . . . a delinquent.”

Since the rapes and her arrest Danielle has suffered from depression, considered suicide, has run away multiple times, and has been in and out of residential mental health facilities.

Although D.C. Police Chief Cathy L. Lanier wouldn't confirm details into the investigation of the police handling of Hicks-Best's case,  she said they were doing their best to make things right.

“Obviously we cannot turn the clock back and fix things that have happened in the past. . . . The best I can offer the hypothetical victim from six or seven years ago . . . is to make sure if there were any investigative leads that were never followed or things that should have been done that they are done. It’s never too late to try to correct things.”

In an interview with the Post, the young woman said she hoped her story, horrifying as it is,  would help other young women who have been sexually assaulted. “A lot of this same stuff happens to young girls and they just keep it within themselves, sometimes for a long time. But if you bottle it up, you don’t get anywhere. If you can talk about it . . . people will understand better where you’re coming from and maybe you can get some closure.”

(Correction): A previous version of this article stated that prosecutor Joshua Henline labeled the sexual accusations "unfounded." That was the conclusion of the police investigators. We regret the error.