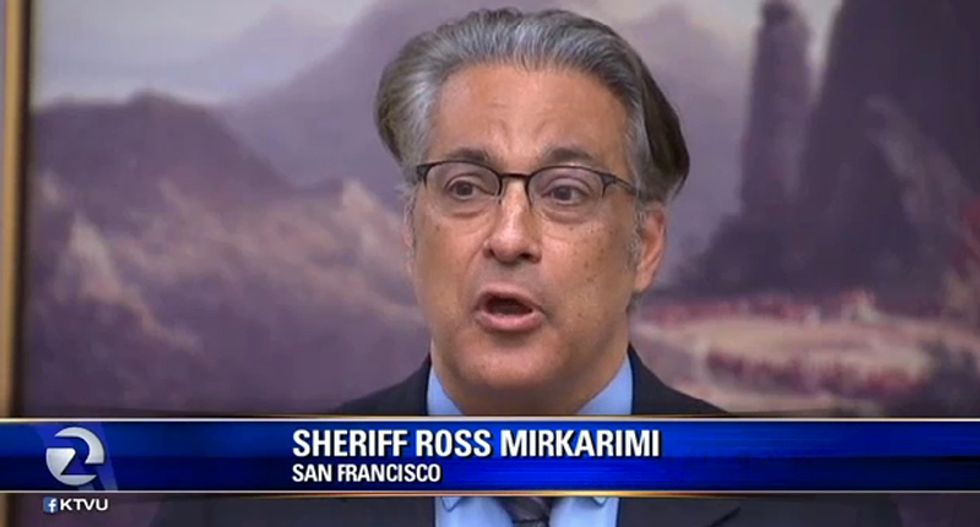 Several guards at San Francisco's main county jail orchestrated "gladiator-style" fights between inmates, placed bets on the outcomes and threatened those who disobeyed, the city's public defender said on Thursday.

The report released by San Francisco's elected public defender, Jeff Adachi, highlighted fights arranged between two inmates who were promised hamburgers if they won or beatings and other punishment if they refused. One of the inmates weighed about 350 lb (159 kg) and the other about 150 lb (68 kg).

Adachi alleged that San Francisco sheriff's deputy Scott Neu, who was accused in 2006 of forcing inmates to perform sex acts on him, forced the inmates to fight twice. The 2006 case was settled out of court.

Both inmates were injured in the bouts but were threatened not to seek medical treatment.

"Deputy Neu forced these young men to participate in gladiator-style fights for his own sadistic entertainment," Adachi said in a statement

The San Francisco Deputy Sheriff's Association told the San Francisco Chronicle that the allegations were "exaggerated" and the fighting was "little more than horseplay."

"(Adachi) has done a cursory sham investigation by interviewing a few inmates over a scant two days rather than having the decency to request a serious impartial investigation," Harry Stern, an attorney for the deputy's union, told the Chronicle in a statement.

Adachi said he went public with details from the report prepared by private investigator Barry Simon to forestall another planned jailhouse fight. Adachi hired Simon after a public defender heard about the fights from an inmate's father.

One inmate claimed Neu carried dice and playing cards he would use to have inmates gamble for items and food, and had a tattoo reading "850 Mob" in reference to the address of the county jail at 850 Bryant Street.

Watch video below from KTVU: